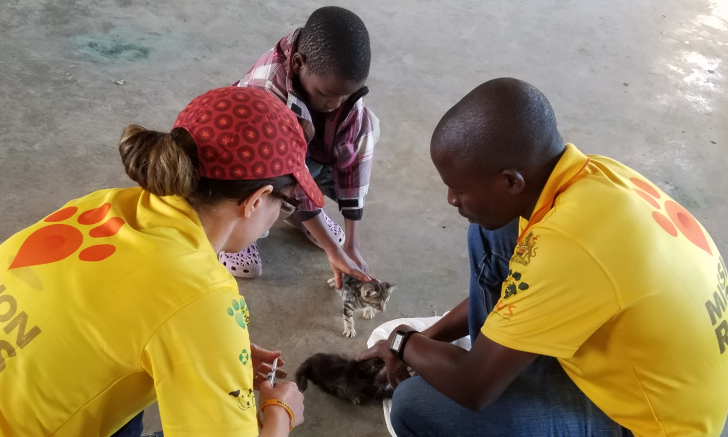 This weekend was moderately paced, with 2 static days in a row. Over these 2 days, we vaccinated over 1000 cats and dogs, and although we had to turn away a monkey, a local Malawi veterinarian vaccinated a baboon!

We had such a long line when we were set up at Namatapa Primary School that we had to call the Kudos group in the afternoon for extra help, and at the second site, locals arrived with whole truckloads of dogs to be vaccinated.

We also microchipped approximately 100 dogs. Since many dogs tend to react to the 22-gauge needles used for the vaccinations, we were concerned the dogs would not handle the big microchip needle very well. We were proven wrong though—most of them were fantastic!

Between vaccinating and microchipping, we spent some time with the locals. We enjoyed kicking around a soccer ball, dancing, laughing, and of course, discussing differences in our cultures. We even learned a new Malawian expression: “If wishes were horses, beggars would ride.” John, Justin, and John explained that this expression means that if you could achieve your aims simply by wishing for them, life would be very easy. Our group also stopped by a nearby market, where Dawn and I tried cassava root, which is similar to sugar cane, but less sweet. Overall, we enjoyed a lot of laughs among our group and with the locals. 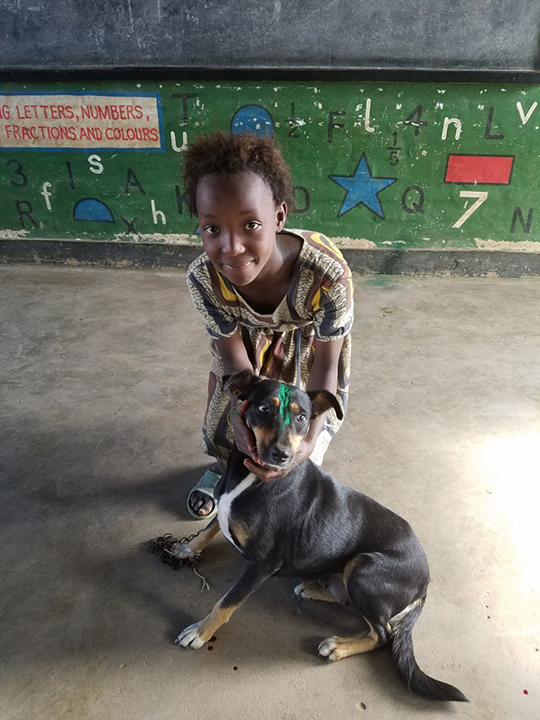 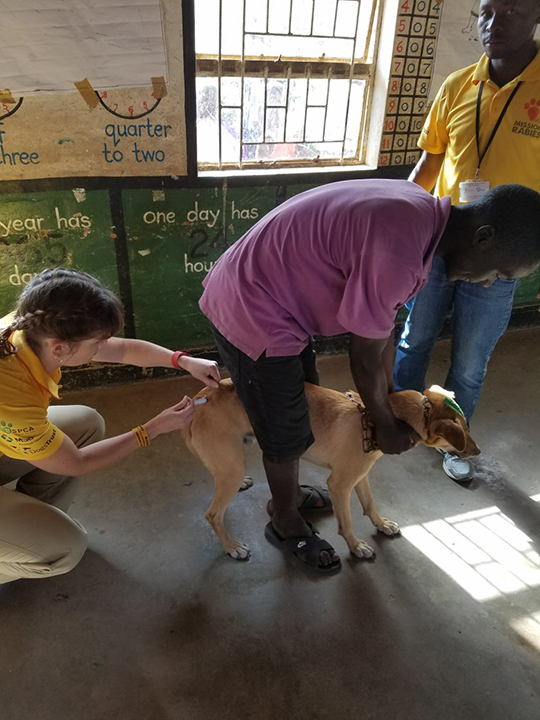 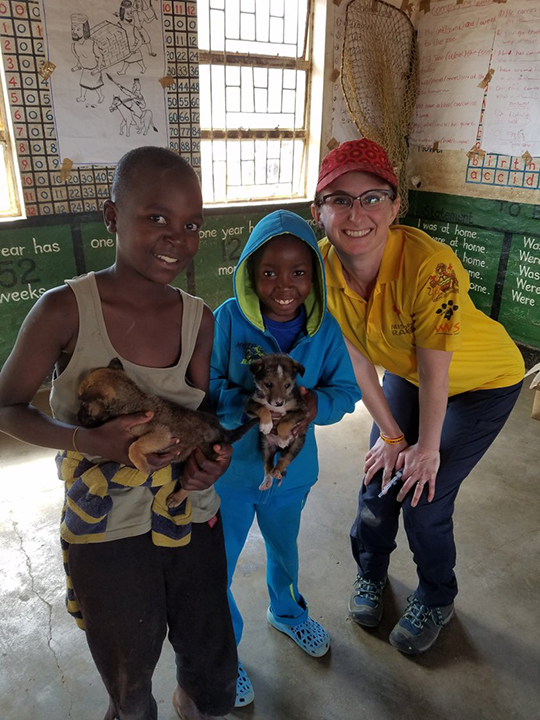 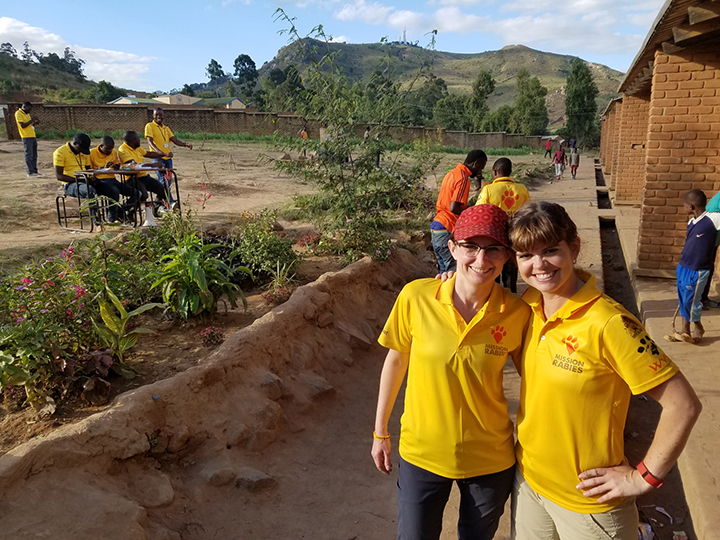 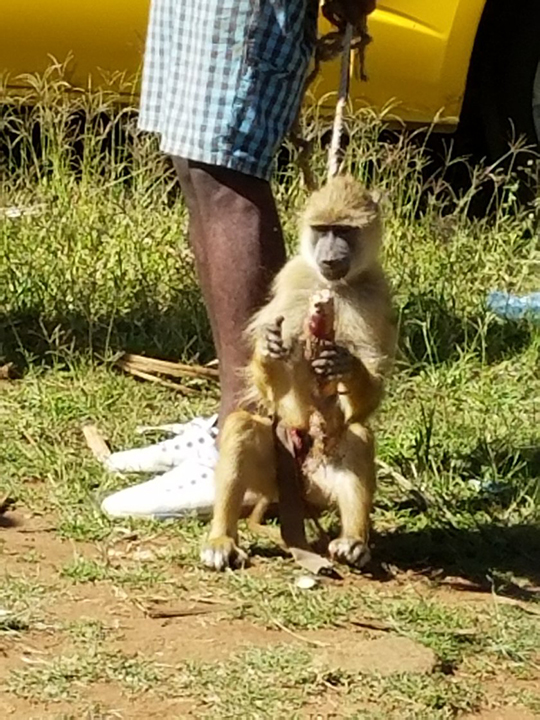 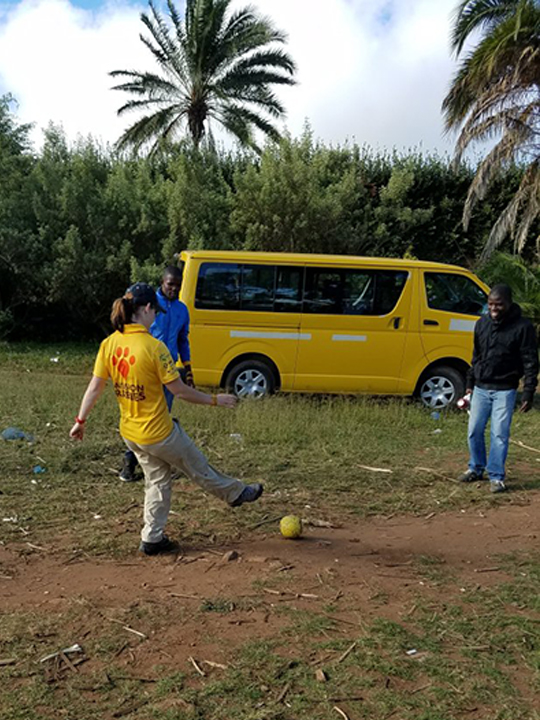 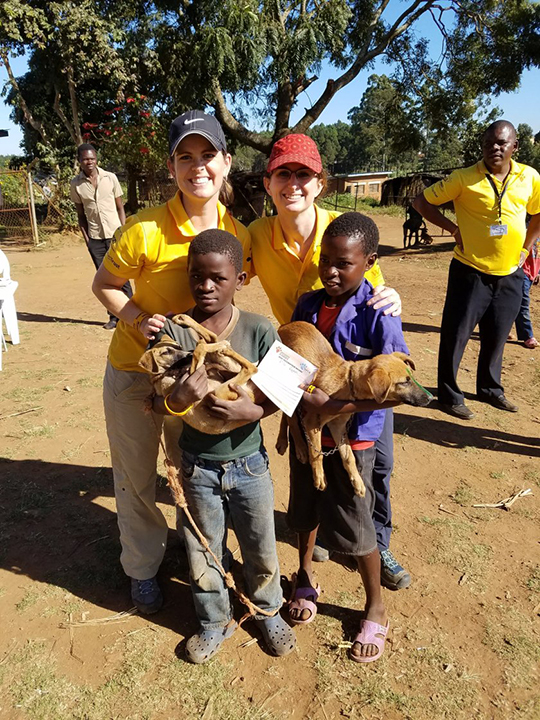 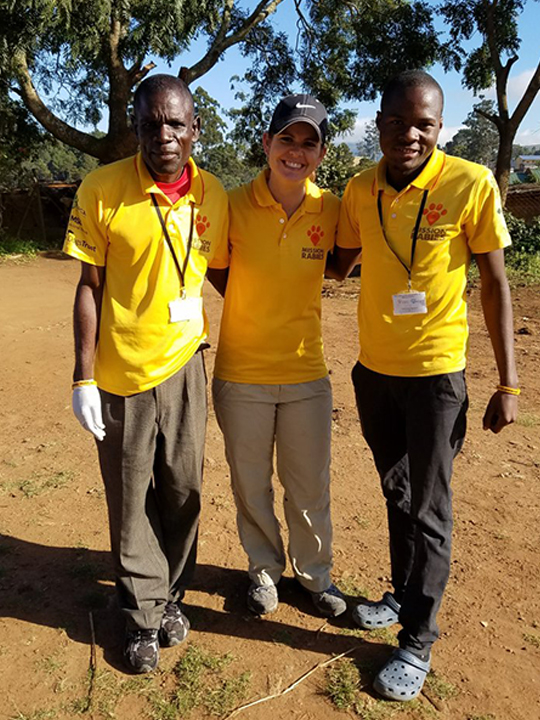 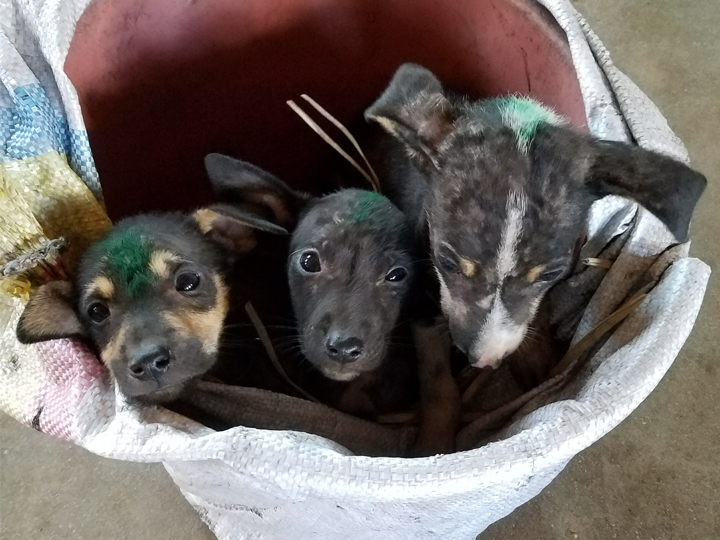 A vaccinated dog with her owner.

Dawn with vaccinated puppies and their owners.

Jessie and Dawn outside the static clinic at Namatapa Primary School on Day 6.

On Day 7, a local Malawi vet vaccinated a baboon.

Jessie kicking around the soccer ball.

Jessie and Dawn with vaccinated puppies and their owners.

Dawn with John and John...and a puppy in a box!

Jessie reunited with Vincent and Yamikani, who were in her group in 2016.

A vaccinated dog with her owner.

Dawn with vaccinated puppies and their owners.

Jessie and Dawn outside the static clinic at Namatapa Primary School on Day 6.

On Day 7, a local Malawi vet vaccinated a baboon.

Jessie kicking around the soccer ball.

Jessie and Dawn with vaccinated puppies and their owners.

Dawn with John and John...and a puppy in a box!

Jessie reunited with Vincent and Yamikani, who were in her group in 2016.

Although Sunday began as a cool day, Dawn and I got sunburned when the sun came out. Since the next 3 days will be spent going door to door, we are hoping for good weather!

Back at the resort where we are staying, Dawn is becoming quite the beautician for the team. We have affectionately nicknamed her “Dawn’s Salon” because she braids everyone’s hair in the mornings! When I called home and showed my “fancy” hair to my daughter, my heart broke a little at how much I missed my kids! It’s hard to believe I’ll be heading back to home sweet home on Thursday, but until then, I am so proud of the work we are doing here in Malawi.

Looking for more about our trip? Follow our progress live here!—Jessie Foley

JESSIE FOLEY has a degree in veterinary technology from Cedar Valley College, as well as a degree in advertising and public relations from University of Arkansas. She was previously on the veterinary nurse team at University of Tennessee Veterinary Teaching Hospital. Currently, Foley is the audience outreach manager for Brief Media and also plays a key role in Brief Media's partnership with Mission Rabies. In 2017, she joined the Mission Rabies Mega Vaccine Drive in Malawi, Africa for her second year.