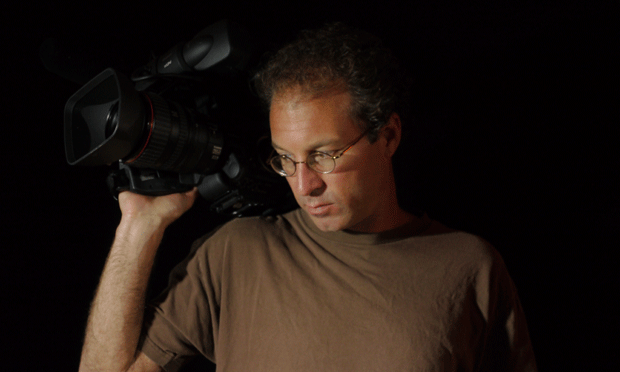 Tough Love: A Meditation on Dominance and Dogs, a 35-minute documentary, describes the two preeminent philosophies regarding dog training, as well as the philosophies’ history. The traditional type of training that many subscribe to is punishment-based and modifies inappropriate behavior with dominance-type corrections (“cuffs” to the head, choke collars, force into submissive positions). This is based on the assumption that an “alpha dog” is required in pack organizations, founded on observations of wolf hierarchies in captivity during the 1940s. Outside of captivity, however, most packs are family-based units with young wolves deferring to older, more experienced members for guidance and leadership—much like human family units. It’s easy to fall into the same training patterns and subscribe to traditional rank-based training we have heard of for years. Unless you have intimate knowledge of implementing the “nothing in life is free” philosophy and using only positive-reinforcement to curb unwanted behaviors, old habits and thought-patterns are hard to break, especially with omnipresent celebrities such as Cesar Millan encouraging pack dominance.  The other training option of operant conditioning and positive-reinforcement focuses first on prevention and management of unwanted behaviors, and second on rewarding desired behaviors and readdressing undesired behaviors. This theory, made famous by B.F. Skinner, focuses on adjusting human behavior to prevent behavioral issues and training. Reviewing the history of dog domestication and revisiting desired roles we want for our pets in today’s society (ie, integrated and loved members of our family), it becomes apparent that a shift in the traditional, widely-used training paradigm should be considered. This thought-provoking film, presenting both viewpoints (though clearly biased), is a beautiful overview of dog training. Expertly edited to demonstrate concepts with anything from B.F. Skinner to The Andy Griffith Show, it includes interviews with such behavior notables as Sophia Yin, Nicole Wilde (author of Help for Your Fearful Dog), and Alexandra Horowitz (author of Inside of a Dog: What Dogs See, Smell and Know). The film is of an ideal length for teaching the budding behaviorist or any individual whose training expertise is sought by the public. It should be required viewing for every veterinarian, shelter worker, and pet-store employee to facilitate exposure to alternate concepts and prevent continued misinformation of the need to “dominate your dog.” Clinician's Brief Interactive Medical Editor, Tonya Sparks, DVM, MS interviewed the director, cinematographer and assistant editor for the film, Chad Montrie:

Tonya Sparks: Tell me about your current position. Chad Montrie: I'm currently a professor in the history department at University of Massachusetts Lowell, where I teach courses on American social history, environmental history, the history of documentary film, and documentary filmmaking. I've published three books, including A People's History of Environmentalism in the United States. This past spring [of 2012], I joined Tower Hill Films, and we now have an office in Lawrence, Massachusetts.  TS: What prompted you to create a documentary about this subject? CM: I began to develop a passion for documentary film about 8 years ago, initially nudged by an interest in ways academics could more effectively communicate with the general public. After attending the Maine Media Workshop and doing some early film projects, I added courses about documentary to my teaching rotation. Two years ago, when I got a dog and started reading about training, I became curious about the history of that topic and realized it could carry a historical documentary. After preproduction research, the focus narrowed to the history and persistent popularity of the "alpha dog" concept. TS: Cesar Millan is arguably the best-known dog trainer in the U.S. currently and this film uses footage of his television series to demonstrate the rank-based traditional type of training. Did you approach Cesar Millan about including his philosophies in this project? CM: The crew I assembled had a discussion about bringing Cesar Millan into the story and we decided against that. Then, as I was doing rough-cut editing, well past the interview stage, I realized he had to be in the movie because many of the folks interviewed had talked about him and simply because he has such an outsized influence on public opinion. With the story well outlined and the main argument clear, I figured that Millan would say no to an interview request. TS: Was your original intent to discourage people from utilizing the alpha dog concept, or did that subtly come out as you developed the film? CM: After preproduction research, I was sure about how we would present the alpha dog concept, but the point of the movie changed for me along the way. I do think it is very useful for people to better understand their relationship with dogs and for trainers trying to help people develop better relationships with dogs. I am particularly fascinated, however, with two other parts of the documentary.  One is the disconnect between science and popular culture, as well as how history helps us see the disconnect. The other is how hierarchy, rank, and power pervade people's thinking despite their being raised on certain democratic principles and an egalitarian ethic. TS: Where will this video be available? CM: The movie is now available for purchase in  DVD and Blu-ray format through the website and viewable for $5 through the website (click on "Purchase," leading to Paypal, where completion of payment will provide a username, password, and link). In addition, we like to help schedule screenings. The film is pretty short, perfect for allowing a lot of Q&A and discussion after, and in the cases where we already did this the conversation has been lively and very worthwhile.  In the next few months we have screenings in Manchester, New Hampshire; Arlington, Massachusetts; and New York, New York, with hopes of doing something in Bangor, Maine and Wilmington, North Carolina.  Folks can contact me to make arrangements for a screening in their own home town or at relevant conferences and professional meetings.