A Case Study in Hospice Care 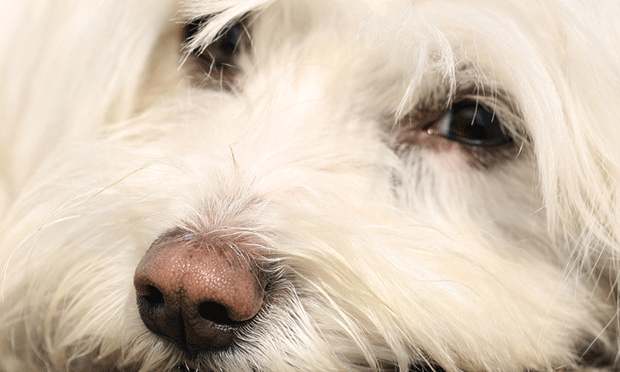 EDITOR’S NOTE
Nearly all veterinarians have managed terminally ill patients for which aggressive treatment or euthanasia, for a variety of reasons, is not an option for the owner. Veterinary hospice provides an alternative therapeutic modality to support quality of life.

The following case exemplifies how hospice services can be customized for optimum end-of-life care.

History
Tazz, an 11-year-old castrated Maltese, began experiencing slight hematuria. Although CBC and biochemistry test results were normal, ultrasonography of the bladder revealed a mass. Biopsy confirmed transitional cell carcinoma (TCC). In general, surgery can be unhelpful in most TCC cases because of the extent of disease at diagnosis. Chemotherapy with mitoxantrone at 5 mg/m2 IV q3wk can be helpful in combination with piroxicam. These options were declined by Tazz’s owners because of Tazz’s age, history of difficult anesthetic recoveries, and severe dislike of
veterinary clinics.

Piroxicam was prescribed at 0.3 mg/kg PO q24h. However, Tazz also had a history of pancreatitis and a sensitive digestive system and began to have NSAID-related hematemesis 3 weeks later.  Piroxicam was ceased and tramadol begun at 2.5 mg/kg PO up to q6h, in addition to famotidine at 1 mg/kg q12–12h and sucralfate at 500 mg PO q8–12h. Although Tazz had good quality of life on this regimen for over a year, his owners requested in-home hospice care to maintain his comfort until he passed naturally or euthanasia was elected.

The Hospice Visit
At the first hospice consultation 16 months after intial presentation, Tazz appeared alert, responsive, and active. Further evaluation revealed significant abdominal pain with splinting, clinical evidence of advanced arthritis with decreased to minimal conscious proprioceptive responses in the pelvic limbs, and a grade III/VI left-sided systolic murmur. Despite these findings, Tazz ate consistently and interacted normally with his owners, who felt he had a good quality of life.

The owners requested guidance for proceeding given Tazz’s 6-month prognosis from his general practitioner, and his personality and indications of change in his well-being were discussed. The family’s goals and concerns were also considered.

Because of Tazz’s NSAID intolerance, gabapentin at 22 mg/kg q12h was added and tramadol dose was increased to 5.5 mg/kg PO as needed. After discussion, a plan was implemented to document his habits on a daily or weekly basis using an interactive quality of life scale (pethospicejournal.com), and the owners felt more comfortable with recognizing signs and preparing for the next steps.

Throughout the following 6 months, Tazz was maintained on tramadol, particularly when unable to sleep, and appeared happy during occasional check-ins. Owners ceased use of gabapentin 4 weeks after initiating treatment when no improvement was seen; they felt he was better maintained on intermittent tramadol. At the end of the 6-month period, he was treated for seizures at an emergency facility and placed on phenobarbital at 3.5 mg/kg q24h for 5 days. The owners suspected sporadic, nonwitnessed seizures afterward but felt that they were not impacting Tazz’s quality of life.

Hospice Continues
At the second hospice visit a couple months later, Tazz exhibited more stiffness and was no longer using stairs; he occasionally vocalized when taking exaggerated steps. Tramadol was increased gradually to 15 mg/kg q6h. Administering pills was difficult, so this medication was reconstituted to liquid.

Two months later, Tazz was treated again at an emergency facility for acute cough. Wheezing in his left lung field and a grade III/VI heart murmur were noted. Butorphanol at 0.25 mg/kg q6h for 4 days relieved clinical signs. Over the next few months, Tazz’s walks became shorter and his overall stamina weakened. Bilateral nuclear sclerosis was impairing his vision, he was losing his hearing, and he was receiving additional doses of tramadol to aid with sleep. Tazz appeared happy, ate consistently, and played enthusiastically.

The Last Visit
In early winter of that year, Tazz developed hematochezia, most likely originating in the large intestine, but his owners were reluctant to visit the clinic again. Oral liquid lomotil (diphen-oxylate HCl/atropine sulfate) at 0.2 mg/kg q12h was prescribed with oral morphine at 1 mg/kg to ameliorate pain and slow the GI tract. Metronidazole was prescribed at 10 mg/kg q12h to alleviate clinical signs of diarrhea, which ceased after 1 week.

A few weeks later, Tazz’s appetite declined and his walks became shorter. His owners recognized the final stage when he lost interest in playing with new toys. One week later, I received the call requesting euthanasia for the next morning. I instructed Tazz’s owners to use morphine liberally that night. The next morning, Tazz appeared vastly different compared with previous presentations. He was unable to acknowledge me and could not make the 3-inch step into the house. His abdomen was firm, and his breathing was rapid, shallow, and raspy. Humane euthanasia was performed.

Many aspects of this case were interesting. The first was Tazz’s NSAID intolerance, which could have prevented adequate management of his signs. However, this was not the case and the owners’ diligent monitoring was more effective with proper education. Each time I checked on Tazz (ie, ~q3mo during the first year), he appeared happy. It was surprising that Tazz was maintained so long simply on a frequent, high dose of tramadol. Even though the trial period of gabapentin was unsuccessful, his owners were satisfied that we attempted an alternate path, and it gave them greater confidence in the current treatment.

Although we risked development of serotonin syndrome with tramadol, lomotil, and morphine, they were better for controlling Tazz’s signs in the short term; his owners were warned about this risk but were still willing to attempt the treatment. It was beneficial to have rescue pain medicine available (ie, liquid oral morphine). This was only used on his last night, but that was the most important night for Tazz’s owners.

For more, see Hospice: A Way to Care for Terminal Pets by Dr. Alice E. Villalobos.

Canine TCC of the bladder is best treated using multimodal therapies.2 Currently, combination protocols using chemotherapy and piroxicam show the most promising tumor responses, while surgery and radiation therapy are useful in select cases. If tumor-related urethral obstruction occurs, a cystotomy tube or stent3 may increase survival time. Without advanced interventions, patients are generally euthanized because of obstruction of ureters and resulting renal failure, urethral obstruction, or bladder rupture.

DANI MCVETY, DVM, is founder and co-owner of Lap of Love Veterinary Hospice in Tampa, Florida. Founded in 2009, Lap of Love is the first organization dedicated solely to end-of-life veterinary hospice care and includes veterinarians throughout the United States. Dr. McVety frequently writes and speaks on end-of-life veterinary topics and spoke on related topics at the NAVC Conference 2012. Dr. McVety is a University of Florida graduate.