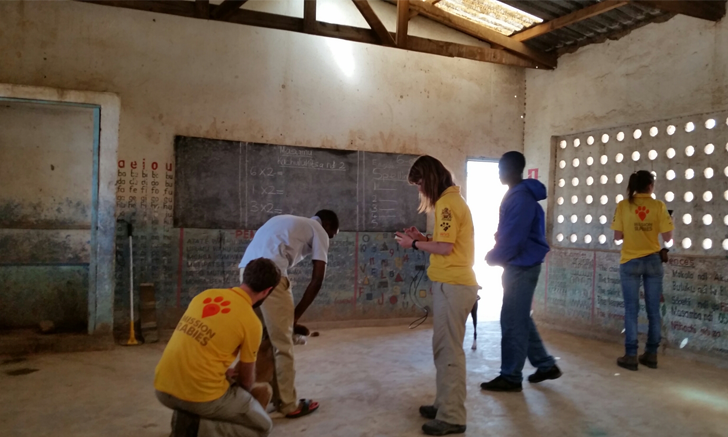 Perfect weather and a beautiful day—we set up our static clinic today at a school in Nkolokoti. Typically, schools in Malawi are made up of a group of mostly empty buildings. One classroom can hold 70 or more children, some sitting on the floor and some on benches. Other than the occasional bench, however, the buildings are mostly bare. The teachers frequently use the walls to record lessons—we see words and pictures on the walls in almost every school building.

Finally some time to do interviews with the team! Watch for videos on Facebook. 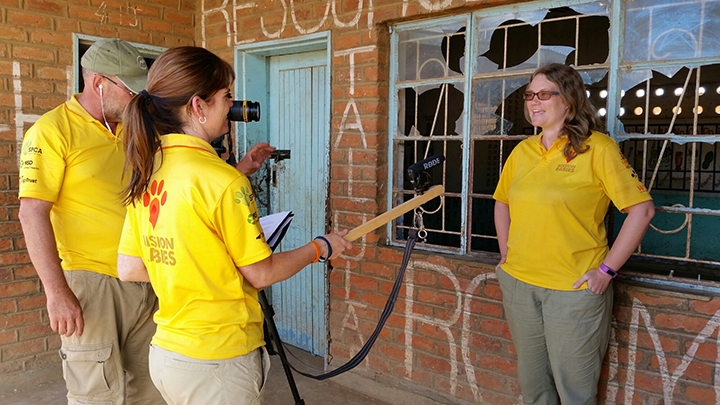 While we vaccinate, the children watch us from outside, occasionally making a "meow" or "woof" sound. In between vaccinating the animals, we play with the children and tease them—they are always willing to laugh. Today, Chris and I had time to conduct interviews with some of our volunteers.

I have mentioned before that the kids frequently make their own toys. Beyond their creative DIY cars, they also make soccer balls out of spare pieces of plastic. They started a game in the schoolyard today.

The bathrooms (oops, I mean “toilets”) at the school are different from what we’re accustomed to. At most of the schools, there are 2 buildings for the toilets—one for boys and one for girls. The stalls consist of holes in the ground with markers showing where to put your feet (it takes a little getting used to).

After the end of the day, we sweep and mop the schoolroom and gather up our trash, so that the classroom is clean for the students on Monday. As we were leaving, we had to stop a few times to vaccinate those who missed the clinic, but saw our bus! Overall, it was another very successful day vaccinating the animals. 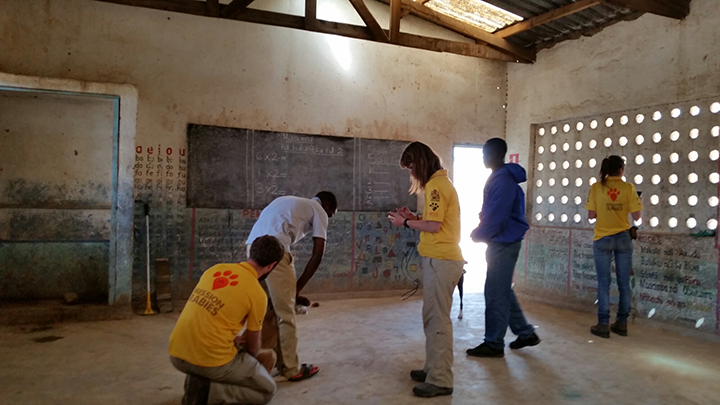 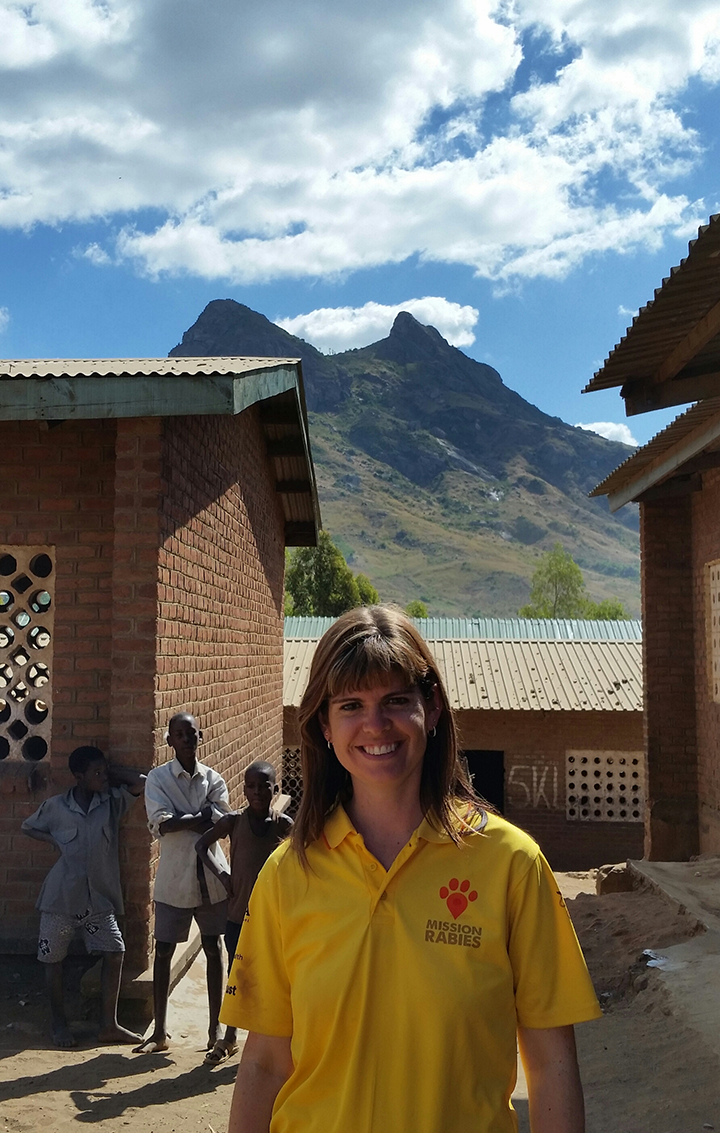 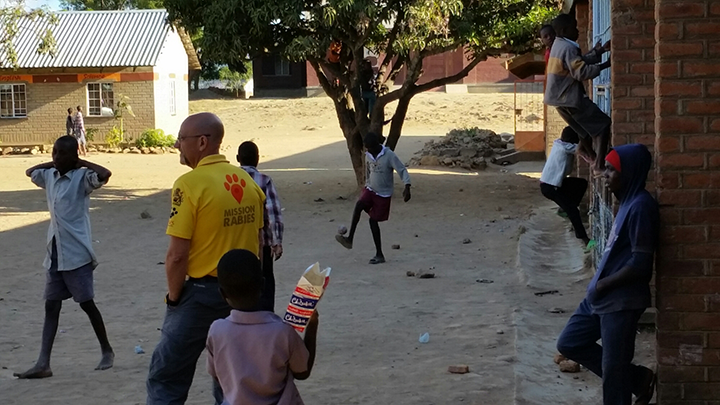 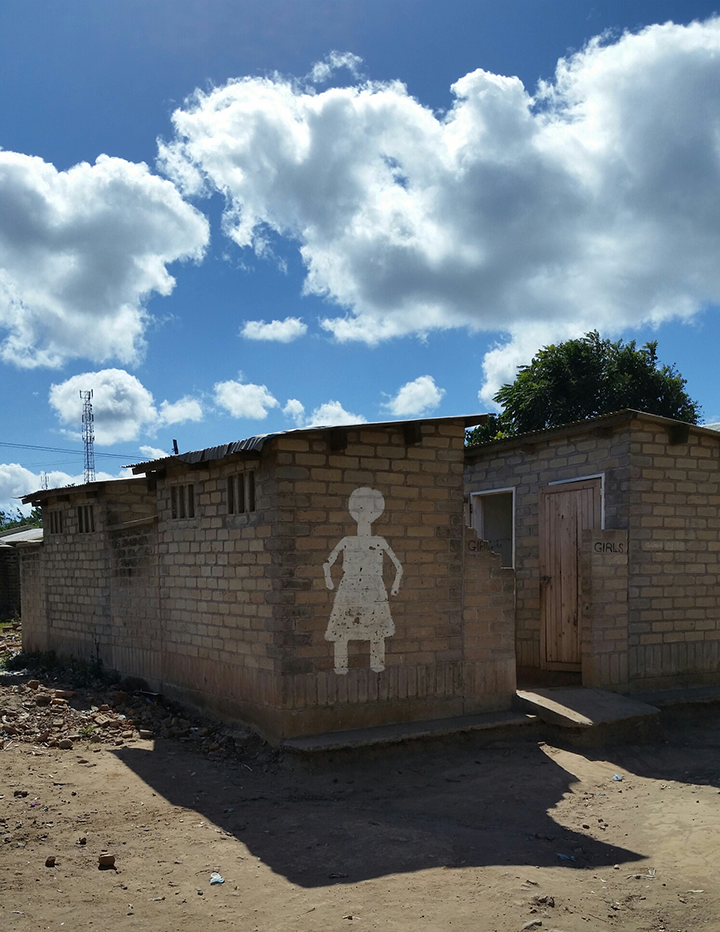 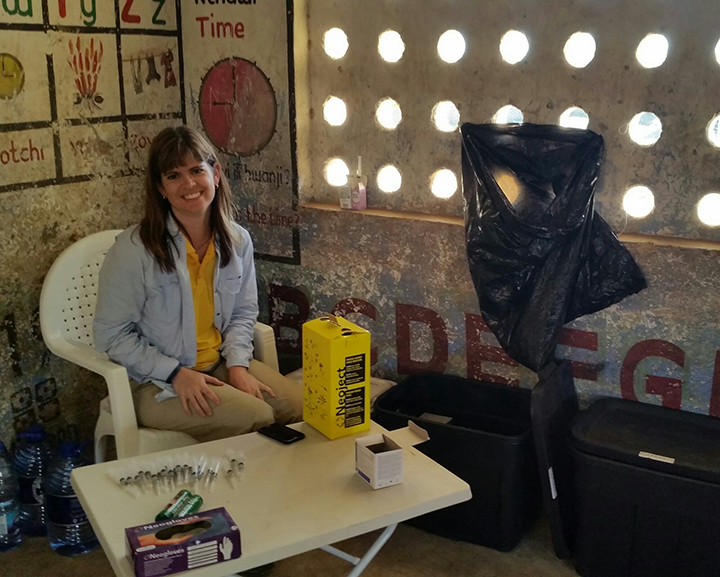 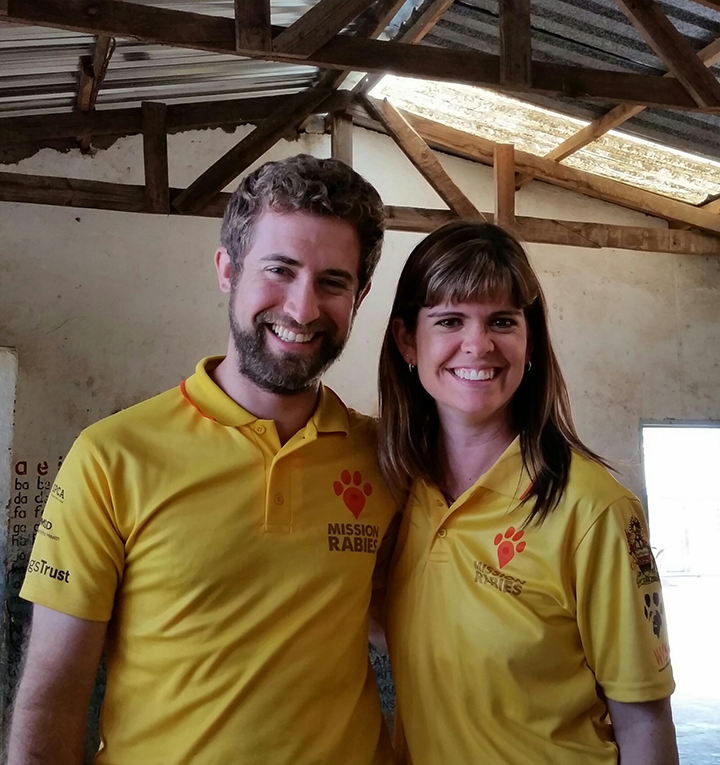 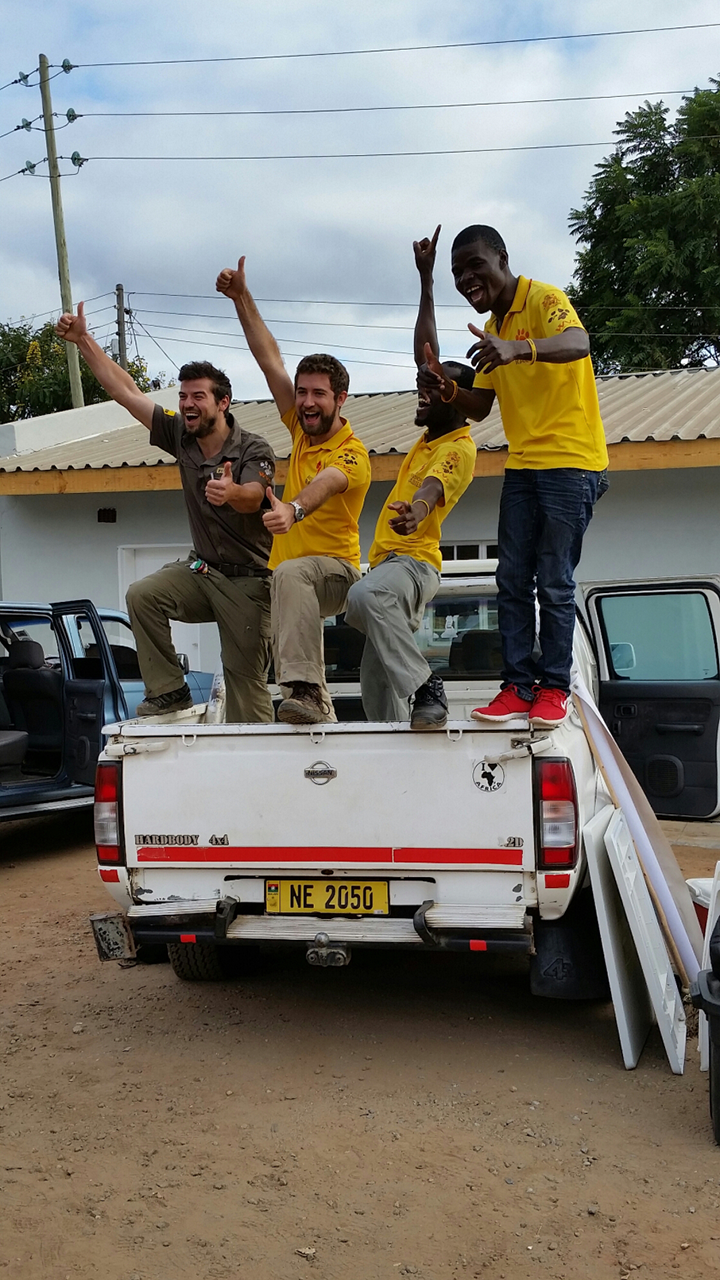 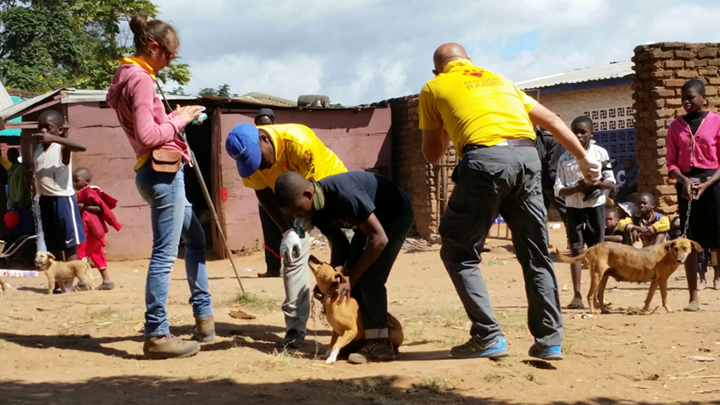 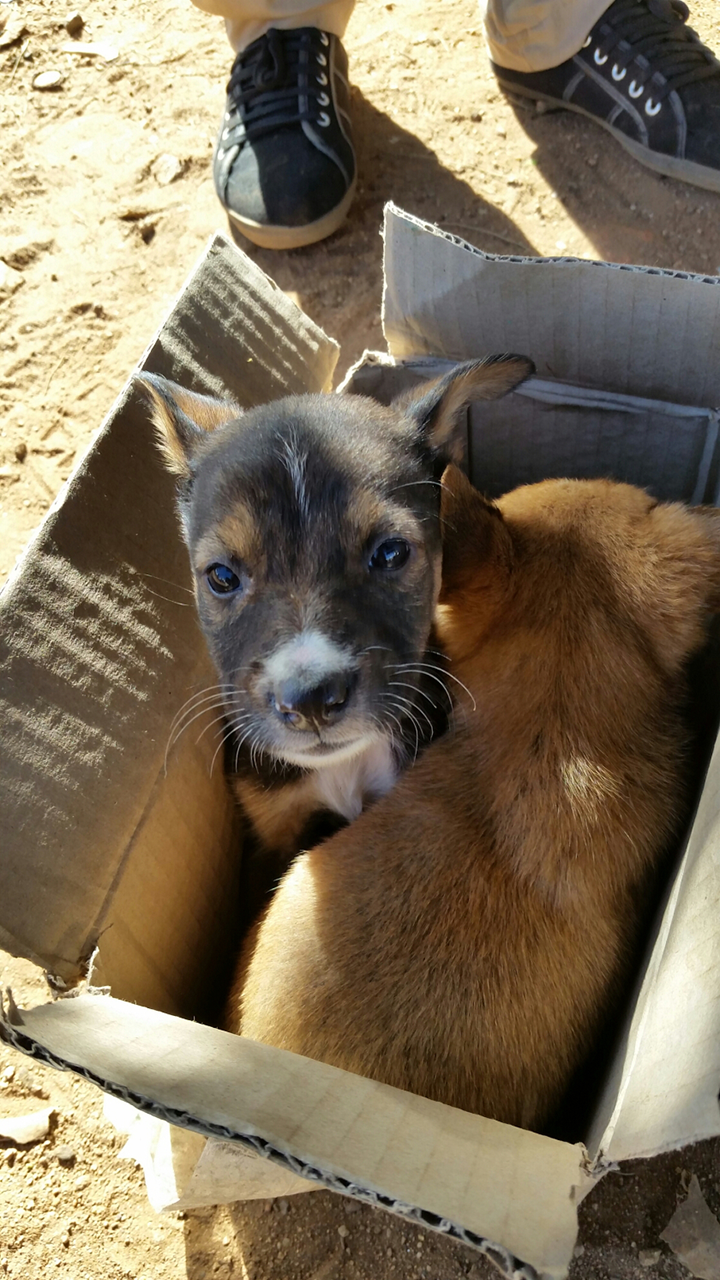 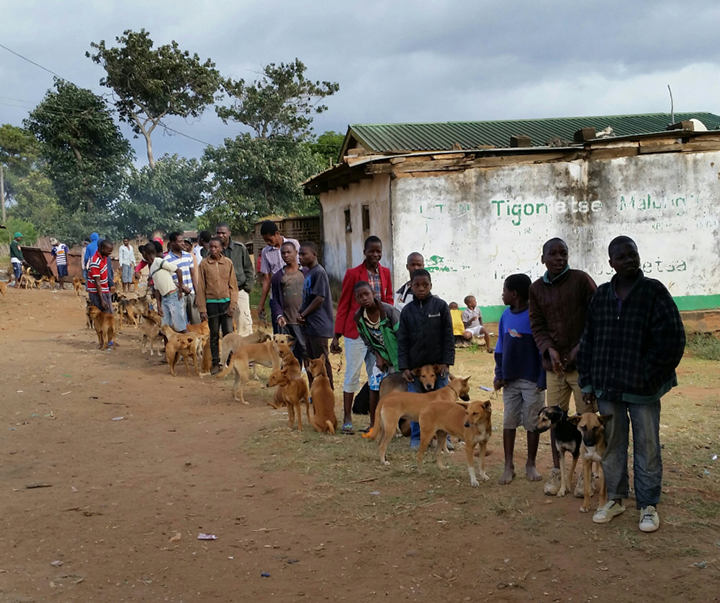 Always remember to pack a belt. Otherwise, you may find yourself tying a clothesline around your waist. 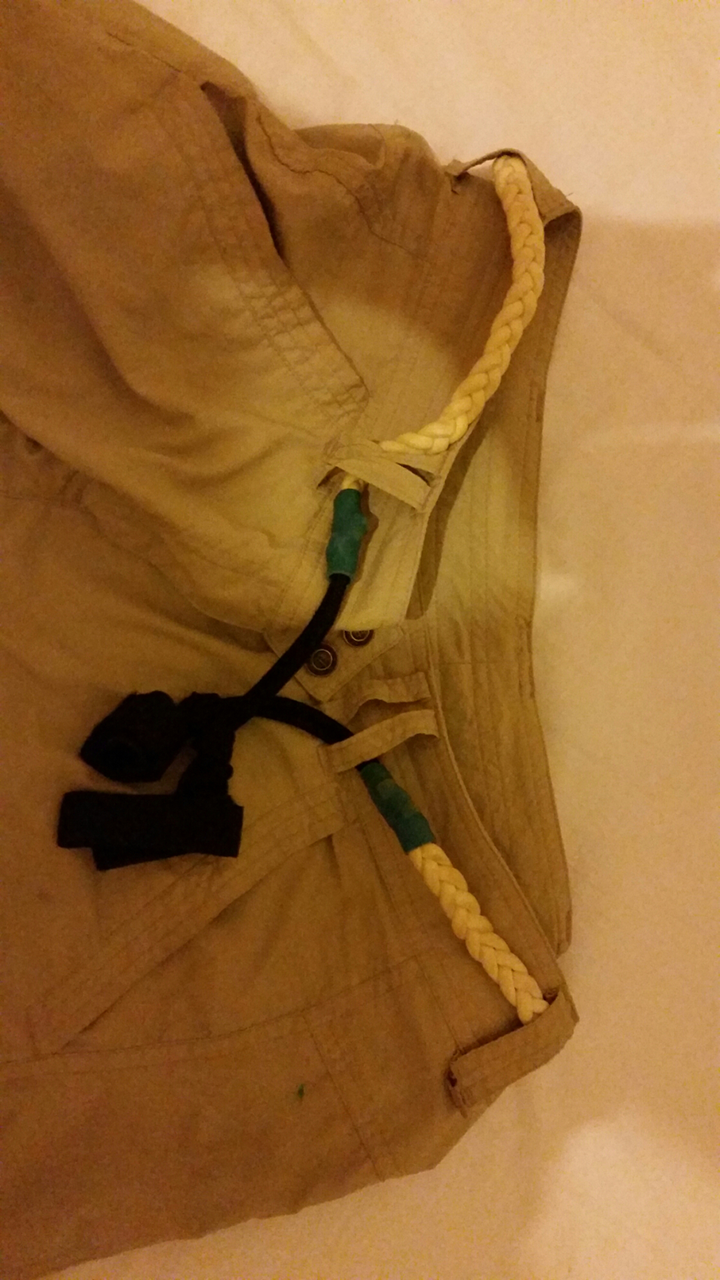 Thanks to all the walking we’ve been doing, I have lost weight and my pants keep falling down. Julie and Brent to the rescue! I’ve been using their clothing line as a belt.

I also may be sporting a black eye upon my return. We stayed in dorm rooms while we were at Lake Malawi this past weekend, and slept on bunk beds. In the middle of the night, I woke up to make my way to the toilet—located outside our room—and as I got out of bed, I ran face-first into the bunk bed ladder. Hopefully that’s the most serious injury of the trip.

Here in Malawi, the local language is Chichewa (sometimes called Nyanja) and I have learned a few phrases that have been beneficial as we interact with the locals.

Muli bwanji: How are you?

For most of the people here, a dog is security first and pet second. Most owners keep their dogs chained up during the day, but let them out at night to maintain security around the property. Cats roam freely 24/7, but tend to stay around their owners’ property.

We cover relatively rough terrain over the neighborhood streets—most are dirt roads, pitted by stones and tree roots, and occasionally dotted with trash. During one of our door-to-door missions, I ate banana and when I asked Vincent and Yamikani what to do with the peel (expecting them to direct me to a trash can), they told me to throw it on the ground. Evidently, the locals eventually gather the trash in a pile and burn it. I have to admit it was a bit of a mental struggle to throw trash on the ground.

I have also learned that toilet paper is a luxury here, not a norm. Most of the clinic sites we’ve visited have had a simple hole in the ground to serve as a toilet. This is also the case for a lot of the homes we have visited. Some families are able to have indoor plumbing, but this is less common.

During our trip, we have used ATMs to obtain local currency. Typically, the machines are guarded by men with guns, and often security dogs as well. These dogs wear basket muzzles as they walk with their handlers.

It has been interesting seeing how differently some things are done in Malawi—when we visit a local store and go to the cashier to pay, he or she will typically use a calculator to sum what we owe. The resort we’ve been staying in operates on an honesty policy—if you take food or drink, you simply sign the ledger, noting what you used, and settle up with the resort at the end of your stay.

Today was a crazy busy awesome day. The Elephant group may have set a record for the number of vaccinations in one day. It was hard work, but it felt amazing afterwards to have accomplished so much. Looking forward to the rest of this week!—Jessie Foley

JESSIE FOLEY has a degree in veterinary technology from Cedar Valley College, as well as a degree in advertising and public relations from University of Arkansas. For the past 2 years, she has been production editor for Brief Media. She was previously on the veterinary nurse team at University of Tennessee Veterinary Teaching Hospital. Foley led Brief Media's efforts to build a team of volunteers for the Mission Rabies Mega Vaccine Drive in Malawi, Africa, and has joined the team in Africa.