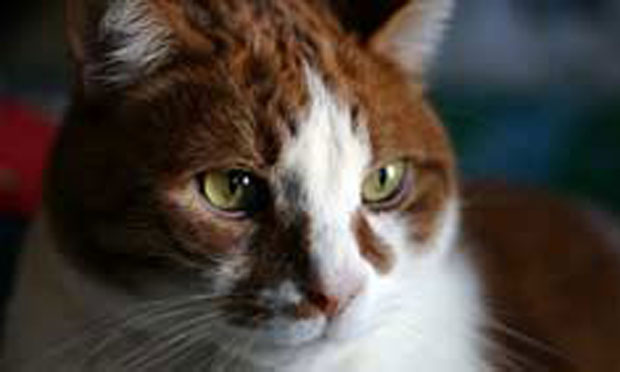 Inpatient/Outpatient
While alleviating chronic pain is an outpatient process, there may be some procedures (eg, fluid therapy) that require inpatient care. Given that many cats with DJD are elderly, concurrent conditions may need to be identified before treatment begins.

Medical
Most care will be medical (see Medications and also Table).

Surgical
Surgery is rarely recommended; inflammation resulting from healing, as well as the inherent degenerative process, will be present and progress postoperatively. In some cases, however, total hip replacement or femoral head excision is recommended.

Activity
Hips and elbows are the most commonly affected joints. Patients with hip (or stifle) involvement will have most difficulty jumping and climbing up, while those with elbow (or shoulder) disease will find downward movement more problematic. Commercially available stairs and ramps help bridge heights such as floor to bed or sofa.

Nutritional Aspects
There are now 2 diets designed for cats to help reduce the clinical signs of joint disease and improve mobility (Prescription Diet j/d Feline, hillsvet.com, and Medi-Cal Feline Mobility Support, royalcanin.us). Weight loss should be encouraged in obese animals to reduce the pressure on joints. The addition of omega 3 fatty acids may be beneficial by blocking the production of prostaglandins from arachidonic acid in the inflammatory cascade. However, because supplements containing fish oils may increase bleeding time, they should be used with caution in animals with known clotting defects.

Disease-Modifying Osteoarthritic Agents
One approach to treatment of joint disease—slowing the progression of cartilage degradation as well as promoting rebuilding of healthy matrix—has received a lot of attention and research in the past decade. Products have been developed that, in research (mainly in vitro) in humans and dogs, have been shown to be beneficial in enhancing hyaluronic acid production, inhibiting catabolic enzymes in osteoarthritic joints, and encouraging normalization of the synovial fluid and joint cartilage matrix.

Glucosamine reportedly affects the synthesis of glycosaminoglycans as well as the production of hyaluronic acid by synoviocytes1 and may normalize cartilage metabolism. Glucosamine stimulates synthesis of prostaglandin and collagen by chondrocytes and fibroblasts, suggesting that it upregulates synthesis.

Chondroitin sulfate (CS) is the predominant glycosaminoglycan found in articular cartilage and can be purified from bovine, whale, and shark cartilage sources. Bioavailability studies in rats, dogs, and humans have shown a 70% absorption rate following oral administration and suggest that CS reaches the synovial fluid and articular cartilage. In humans with OA, treatment with CS increased hyaluronate concentrations and synovial fluid viscosity with a concurrent decrease in collagenolytic activity.

Oral preparations containing these agents (ie, glucosamine/chondroitin sulfate; Cosequin, nutramaxlabs.com) and parenterally injected preparations (polysulfated glucosaminoglycan; Adequan, novartis.com) have been shown to have therapeutic benefit in in vivo studies in dogs and horses. One factor of note is that polysulfated glycosaminoglycans are heparin analogs, resulting in a transient prolonged partial thromboplastin time. Do not use this agent preoperatively or in cats with bleeding disorders; and do not use concurrently with NSAIDs that have potent antithromboxane activity.

Acupuncture
Acupuncture is another form of therapy or adjunctive therapy to consider. Some cats are excellent candidates and seem to respond favorably. While efficacy has been shown for a few conditions in humans, there is no solid scientific evidence at the time of writing that points to its efficacy in cats.2

Client Education
We must teach our clients (and ourselves and our teams) to be more aware of painful conditions in cats, to possibly slow the progression of degeneration (by using disease-modifying osteoarthritic agents), and to identify side effects of any prescribed medication. Clients should be told to stop medications and contact a clinic immediately if they notice:

NSAIDs
NSAIDs are useful preemptively or in combination with opioids for chronic pain. They must be used carefully, being mindful of the patient’s renal, hepatic, and coagulation status.

Adverse Effects
Of most concern is use of NSAIDs in patients predisposed to dehydration and the resulting effects on gastric mucosal health and renal function. NSAIDs can also negatively affect proteoglycan synthesis by cartilage; however, some NSAIDs (eg, meloxicam and carprofen), when used at recommended doses, did not have this effect in in vitro studies.3-7 While it would ideal to use NSAIDs only in patients with optimal renal function, by optimizing hydration and dosing cautiously it is possible to enhance quality of life. Inform the client of possible side effects and use the lowest possible effective dose, never exceeding manufacturer recommendations.

Studies
Pharmacokinetic data are lacking for long-term use of NSAIDs in cats; there has been limited work done on the safety of chronic use or the metabolism of these drugs, with the exception of meloxicam. Meloxicam has been shown to undergo oxidative metabolism rather than glucuronidation, thus using a readily available hepatic pathway. As most NSAIDs have long half-lives in cats when compared with other species, a necessary precaution to avoid toxicity is to reduce the frequency of administration.

In one study,8 cats were treated for 1 month with meloxicam. Clients felt that their cats were more willing to jump and the height of jumping increased during the study. Evaluation of the cats at the end of the month showed a significant reduction of gait stiffness. Metacam 0.5 mg/mL oral suspension (boehringer-ingelheim.com) has been granted a licence in the EU for the alleviation of inflammation and pain in chronic musculoskeletal disorders in cats.9 Pharmacokinetic studies as well as safety and efficacy studies have been performed to the satisfaction of the regulatory bodies. This is the first NSAID licensed for long-term use in cats.

Two studies have evaluated long-term safety of this agent in older cats; one10 concluded that it is safe, efficacious, and palatable for OA pain at 0.01 to 0.03 mg/kg PO Q 24 H for a mean treatment duration of 5.8 months; no deleterious effect on renal function was detected in cats studied. The second reviewed the medical records of cats over 7 years of age treated for a minimum of 6 months with a daily maintenance dose of 0.02 mg/kg meloxicam; it concluded that this dose does not hasten progression of renal disease in aged cats or aged cats with preexistent stable IRIS stage I to III renal disease.11

The key to safe chronic NSAID administration in cats is the use of the smallest effective dose and avoiding use, or using much lower doses, in cats with renal disease. Ensure the patient is hydrated and give the NSAID with food. In most cases, NSAIDs are most effective when used in conjunction with other treatment modalities.12

Opioids
Opioids are suitable to treat moderate to severe acute pain or mild to severe chronic pain. Because of possible adverse side effects (euphoria, constipation, inappetence) their use is best reserved for palliative hospice care, to treat breakthrough pain, or for comfort during diagnostic testing. In the older patient or one with impaired renal or hepatic function, additional doses of opioids result in prolongation of effect. Opioids should not be used in a vomiting patient because of risk for tentorial herniation.

The advantages of the pure opioid agonists in older cats include:

Partial agonists, or agonist antagonists, have a ceiling effect, resulting in their inability to provide additional analgesia and a possible reduction of analgesia; they may also cause sedation, which may be misinterpreted as comfort. These opioids are suitable for mild to moderate acute and chronic pain. Buccal buprenorphine, used on an intermittent basis, is very useful for breakthrough pain.

Corticosteroids
Corticosteroids are an option for cats with extremely fragile kidneys. However, they should be used as a last resort due to their ability to damage cartilage. They are not without risk to gastrointestinal health as well as the plethora of other well known possible adverse reactions. In our practice, we explain the risks to the client and discuss quality versus quantity of life, which usually results in choosing analgesia over risk-free pain.

Multimodal Therapy
Multimodal therapy offers the advantage of reducing the dose of each agent as well as affecting different parts of the nociceptive pathway:

Course
Therapy for DJD will be long term and may need to be modified to suit progression of arthritis or concurrent disorder.

Prognosis
Fair to guarded depending on concurrent diseases and potential complications from therapy. DJD usually remains stable for long periods of time.

Future Considerations
Although not currently available, dietary therapy designed to address gene expression should be forthcoming.

11. Retrospective analysis of long-term use of meloxicam in aged cats with musculoskeletal disorders and the effect on renal function. Gowan R. ECVIM Proc (abstract), 2009.