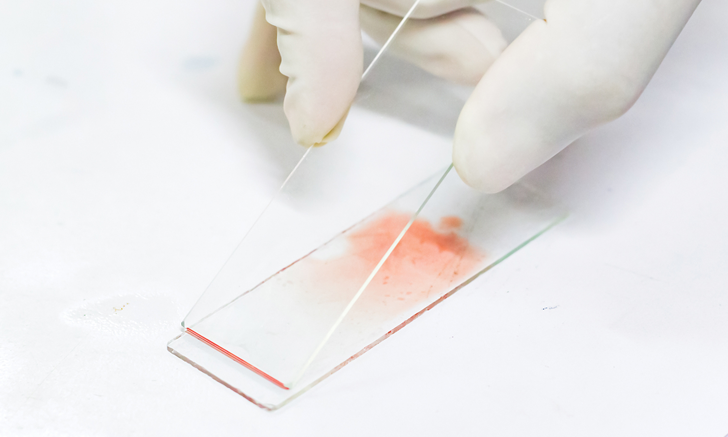 Canine hyperadrenocorticism is a clinical disorder characterized by several common clinical signs, including polyuria, polydipsia, polyphagia, alopecia, thin skin, a pot-bellied appearance, and panting.1 Hyperadrenocorticism results from excess cortisol production secondary to either an adrenal tumor or a pituitary tumor, causing excessive production of adrenocorticotropic hormone (and, subsequently, an excess production of cortisol).1

After a patient has been assessed through a detailed history and physical examination, preliminary testing should be performed prior to specific endocrine testing and should include CBC, serum chemistry profile, and urinalysis. Findings consistent with canine hyperadrenocorticism suggest that further endocrine testing is needed to arrive at a specific diagnosis of canine hyperadrenocorticism.

Following are the author’s 5 most common findings seen on CBC, serum chemistry profile, and urinalysis results in patients with confirmed canine hyperadrenocorticism.

A stress leukogram is a common but nonspecific finding in dogs with hyperadrenocorticism. It often consists of lymphopenia, eosinopenia, leukocytosis characterized by mature neutrophilia, and, occasionally, monocytosis.2 Multiple factors contribute to the development of mature neutrophilia, including an increased release of mature neutrophils from the bone marrow, a shift of marginated neutrophils from the periphery into circulation, and/or a decreased amount of neutrophils leaving the circulation into tissue.2 Lymphopenia occurs as a result of a redistribution of lymphocytes within the circulation, as well as possible lympholysis.2 Eosinopenia occurs through steroid-induced sequestration of eosinophils in bone marrow and in other tissues.2 If monocytosis is present, it is thought to result from a shift of marginated monocytes from the periphery into circulation.2

A high-normal–to–increased platelet count may also be found on CBC. As many as 75% to 80% of dogs may have thrombocytosis at the time of diagnosis.1

Serum alkaline phosphatase (ALP) and alanine aminotransferase (ALT) are often elevated in dogs with hyperadrenocorticism. ALP tissue activity can be found in the intestine, kidney, liver, and bone.3 The liver is thought to contribute the majority of ALP measured on serum chemistry profile, with bone being a minor contributor.1 Little to no intestinal or renal ALP isoenzyme activity has been found in the serum of dogs because of the extremely short half-life.1 In the liver, the primary location of ALP is the bile canalicular membrane of hepatocytes.3 In dogs, steroids (exogenous or endogenous) cause an increase in ALP of hepatic origin (ie, the corticosteroid-induced isoenzyme of ALP). This steroid-induced increase in ALP is the most common abnormality found on serum chemistry profile in dogs with hyperadrenocorticism, with incidence at diagnosis often as high as 85% to 95%.4

ALT is a cellular leakage enzyme, and elevations are primarily thought to come from hepatocyte injury/damage. ALT also originates from skeletal muscle, and elevated ALT could come from muscle trauma or a myopathy. Measurement of creatinine kinase can help distinguish the source of increased ALT between liver and muscle. In dogs with hyperadrenocorticism, the increase in ALT is thought to occur secondary to hepatocyte damage from swollen hepatocytes, hepatocellular necrosis, accumulation of glycogen, and/or disturbances in hepatic blood flow.4

Whereas increases in ALT are typically mild, increases in ALP can range from mild to severe, with severe increases being as high as 10 times the upper limit of the normal reference interval. Liver enzyme elevations vary widely among affected individual dogs.4

Dogs with hyperadrenocorticism often have mild hyperglycemia (30%-40% of affected patients).5 The ability of cortisol to increase hepatic gluconeogenesis—as well as its antagonistic effects on insulin in peripheral tissue, which decrease peripheral utilization of glucose—can cause blood glucose to increase.4 Hypercortisolism-induced hyperinsulinemia may subsequently develop as the pancreas continues to secrete insulin in an attempt to maintain normoglycemia; however, many dogs will have only mild hyperglycemia at diagnosis. A small subset of dogs will have overt diabetes (glucose, >250 mg/dL [>13.875 mmol/L] with glucosuria and consistent clinical signs) in addition to hyperadrenocorticism.4 Thus, the elevation in glucose must be critically evaluated to determine if diabetes is present.

Elevated cholesterol is often noted on serum chemistry profile results in dogs with hyperadrenocorticism. Glucocorticoids can increase lipolysis in adipose tissue, generating both free fatty acids and glycerol, which serve as substrates for gluconeogenesis. This lipolysis in adipose tissue leads to an increase in blood cholesterol. Approximately 90% of dogs with hyperadrenocorticism will have hypercholesterolemia at diagnosis.1

Two of the most common clinical signs associated with canine hyperadrenocorticism are polyuria and polydipsia, which are observed in approximately 90% of patients with hyperadrenocorticism.4 Although the causes of polyuria and polydipsia can include several factors, polyuria has generally been thought to develop before polydipsia. The influence of cortisol at the level of the kidney causes an impaired tubule response to antidiuretic hormone,6 which prevents appropriate water reabsorption and causes urine to be less concentrated. Polydipsia subsequently develops to maintain hydration. This is considered a form of secondary nephrogenic diabetes insipidus in which there is a lack of kidney response to antidiuretic hormone. In most dogs, urine specific gravity is less than 1.0304; these dogs are also often found to be isosthenuric (ie, having a urine specific gravity of 1.007-1.015).7