Top 5 Causes of Eosinophilia in Cats

Glenn A. Olah, DVM, PhD, DABVP (Feline), is the president of Winn Feline Foundation, a nonprofit organization devoted to funding feline health research and education, as well as an associate veterinarian at Albuquerque Cat Clinic in Albuquerque, New Mexico. He earned his PhD in biophysics from Rice University and his DVM from Oklahoma State University. His interests include all aspects of feline clinical medicine, particularly geriatric medicine. 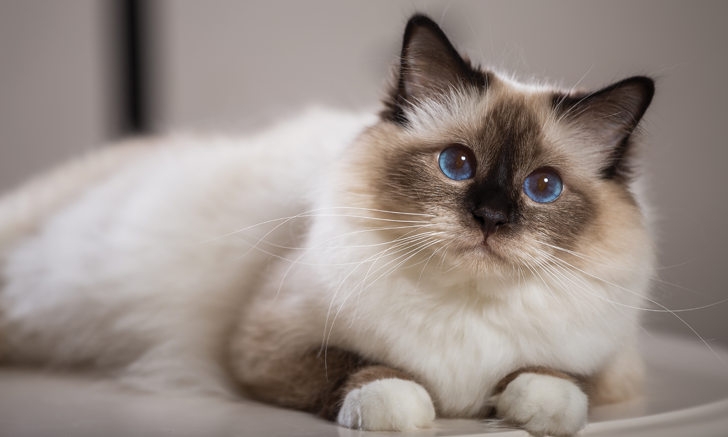 Eosinophils are polymorphonuclear, granulocytic leukocytes involved in the initiation and propagation of inflammatory responses that act as modulators of innate and adaptive immunity.1 Normal eosinophil blood count typically measures between 0 and 1500/μL and may vary based on the instrumentation and methodology used (eg, reference laboratory vs in-house).2,3 Eosinophilia is a state in which blood eosinophil levels are above the normal reference interval.

Eosinophilia in cats is most often associated with parasitic infestation or hypersensitivity reactions (ie, allergies).4,5 Tissue sites most commonly affected by hypersensitivity conditions include the skin, lungs, and/or GI tract.6 Transient epinephrine-induced excitement may lead to mild eosinophilia in conjunction with lymphocytosis and mild neutrophilia. Prolonged survival and increased numbers of eosinophils may also be seen in patients with hypereosinophilic syndrome, some neoplastic conditions, and/or paraneoplastic syndromes.7-9

Following are the author’s 5 most common causes of eosinophilia in cats.

Internal and external parasites may cause clinical signs ranging from subclinical infections to serious disease. Clinical signs commonly depend on the body system that is parasitized (eg, diarrhea, vomiting, failure to thrive, or weight loss with GI parasites; anemia, lackluster coat, or skin lesions with flea infestation). Clinically significant parasitism can affect any cat but depends on age (with increased prevalence and incidence in kittens), general health and immune function, geographic location, and lifestyle (with increased risk to outdoor cats, feral cats, and cats that hunt).

Eosinophil function contributes to the host’s defense against helminth infection.12 The large size of helminths precludes phagocytosis. Eosinophils adhere to a variety of tissue-invading helminth larvae coated with immunoglobulins, then degranulate and secrete soluble factors, which kill larvae.12-16 Migrating parasites that have been in prolonged contact with host tissue are more likely to induce peripheral eosinophilia, as are migrating stages of ascarids, hookworms, lungworms, and heartworms.17-22 Rather than persisting long-term, peripheral eosinophilia may be present for only a few weeks after helminth endoparasite infection or for a few months after heartworm infection.17,18,22,23 A low intestinal parasite burden may not even induce peripheral eosinophilia.23

One report showed no difference in mean eosinophil counts in 62 cats with endoparasitism as compared with 122 cats with a negative fecal examination for endoparasite ova.4 Although sensitivity of fecal flotation methods can vary approximately 13% to 100% depending on the exact method and combination of methods used (eg, zinc sulfate centrifugation, saturated sodium chloride, spontaneous sedimentation, formol-ether technique) and on presence of particular endoparasites,24 absence of peripheral eosinophilia does not rule out parasitic infection. However, presence of peripheral eosinophilia in combination with other diagnostic information (eg, fecal ova or helminth larvae noted in fecal analysis, elevated serum liver parameters with liver flukes, respiratory signs with migrating larva or lungworms) is supportive of presence of clinically significant parasitic infection.

Allergic inflammation is an inappropriate immune response that arises from polarization of T cells toward a Th2 immune-mediated response. Greater expression of Th2 cytokines, along with downregulation of Th1 cytokines, is seen in allergen-challenged patients. Eosinophils are increased in number in both the serum and in skin lesions and contribute to the pathogenesis of feline allergic dermatitis. Pathogenesis involves multifaceted immune dysregulation and skin barrier dysfunction stemming from an increasingly complex interplay of genetic and environmental factors.25-27 Impaired skin integrity increases patient susceptibility to allergens and pathogens, which may lead to activation of innate and adaptive immune responses.27

Hypersensitivity may manifest as reactions to allergens derived from food ingredients, inhalants (eg, atopy), contact material, and/or fleas, lice, mites, ticks, or insect bites (eg, hymenoptera). Regardless of the inciting cause, cats with allergic dermatitis are usually pruritic, and primary skin lesions (eg, erythema, maculae, papules) are frequently present. One or more of the following cutaneous reaction patterns may be observed28,29:

Histologic or cytologic examination of pruritus-induced skin lesions and surrounding areas commonly reveals increased numbers of eosinophils and mast cells.30-32 The degree of tissue eosinophilia can correlate with the severity of skin lesions.30-32

Flea infestation, the most common cause of allergic dermatitis in cats, may be accompanied by peripheral eosinophilia in approximately 13% to 20% of allergic cats.37 Peripheral eosinophilia may be identified in 20% to 50% of cats with food allergies. Concurrent GI signs, including frequent bowel movements, vomiting, diarrhea, and/or flatulence, may be exhibited.33,34

Feline asthma is a result of a reaction to inhaled aeroallergens provoking a type 1 hypersensitivity reaction characterized by eosinophilic airway inflammation and bronchoconstriction.38 Although their clinical presentations may be similar, chronic bronchitis and asthma have different etiologies. Chronic bronchitis may arise from previous airway insult (eg, smoke, toxins, infections)—leading to permanent lung damage—and is dominated by neutrophilic inflammation of the lower airways accompanied by edema and hypertrophy of the respiratory mucosa and excessive mucus production. Although asthma is dominated by eosinophilic airway inflammation (≥17% eosinophils in bronchial lavage cytology) and bronchoconstriction, excessive mucus production and bronchial wall edema are often present to varying degrees.39,40

Long-term asthma can lead to irreversible airway remodeling (including bronchiectasis, fibrosis, and/or emphysema), lung hyperinflation, and airway trapping. Cats with asthma are usually young to middle-aged, and no sex predilection has been identified, although middle-aged (ie, 2-8 years) female cats and some Oriental breeds appear to be overrepresented.38 Asthma is estimated to affect approximately 1% of the general domestic cat population and possibly as many as 5% of the Oriental cat population.39,41 Clinical presentation includes various combinations of coughing, expiratory wheezing, tachypnea, exercise intolerance, and respiratory distress characterized by an expiratory respiratory pattern.41-44

Clinical signs of heartworm-associated respiratory disease may appear similar to asthma; therefore, heartworm serum antibody/antigen tests may be helpful in ruling out heartworm infection.38,39,45,46 However, heartworm tests have poor sensitivity because antibody and antigen blood levels may only be transient and can be easily missed. Appropriate fecal analysis (eg, direct, float, centrifugation, Baermann technique for Aelurostrongylus abstrusus) should be performed in cats with lower respiratory disease signs if intestinal parasite larval lung migration is suspected and in cats that live in or have visited lungworm-endemic areas.

The most common radiographic change described in patients with asthma is a bronchial pattern with lung hyperinflation arising from bronchial wall thickening due to peribronchial infiltration. Focal atelectasis (typically affecting the right middle lung lobe) and/or diffuse interstitial patterns may also be seen.41,42

The most common treatment for asthma is long-term anti-inflammatory doses of corticosteroids administered orally (eg, prednisolone) or via an inhaler (eg, fluticasone). Bronchodilators (eg, terbutaline) may also be included in therapy. Other drugs such as immunomodulating agents (eg, cyclosporine) may be used, particularly in cats that do not respond well to corticosteroids23 or that develop diabetes mellitus or heart disease.47

Eosinophilic enteritis (EE) has been reported to be the second most prevalent variant of inflammatory bowel disease (IBD), only surpassed by the lymphocytic-plasmacytic form.51 Although the etiology is poorly defined, it has been hypothesized that affected cats suffer from immunologic dysregulation triggered by one or more factors, possibly including food ingredients (eg, food allergies or intolerance), dysbiosis of gut microbiota, or other factors (eg, ingestion of ectoparasites, endoparasites, excessive hair, or plant material).23 Eosinophilic IBD may also involve the stomach and/or colon.51 Diagnosis of EE is made via intestinal biopsy. Cats with primary lymphocytic-plasmacytic or lymphocytic IBD may also show subtle eosinophilic infiltrates on histopathology. In contrast, cats with EE have predominant tissue eosinophilia, variable mucosal architectural disturbances (eg, villus atrophy), and increased incidence of total intestinal wall thickening associated primarily with muscularis thickening as compared with cats with lymphocytic or lymphocytic-plasmacytic IBD.23,52 Diffuse disease is most common, but multisegmental EE has also been reported.52

No breed or sex predilections have been reported for EE in cats53,54; however, although cats of any age can be affected, the condition may be more common in mature cats (ie, 7-9 years). Clinical signs are similar to those of other forms of chronic gastroenteritis and may include vomiting, small- or large-bowel diarrhea, weight loss, and/or anorexia.53 Borborygmus, flatulence, abdominal pain, hematochezia, and mucoid stools are reported less commonly. Idiopathic EE may be solely or partially responsive to treatment with hypoallergenic diets and corticosteroids, which may be suggestive of an underlying immune disorder.52

Feline gastrointestinal eosinophilic sclerosing fibroplasia (FGESF) is a recently recognized nodular, nonneoplastic, densely fibroproliferative, eosinophil- and mast cell-rich inflammatory disease. It is thought to be a variant of EE.54-56 Its pathogenesis is unknown, but bacteria have been postulated to be an initiating factor due to their presence in 56% to 85% of cases55,57,58; however, antibiotic treatment alone is ineffective.55,57,58 Fungal infection has also been thought to be involved in the pathogenesis in some cases,59 but in other cases, no bacteria or fungi have been detected.55,56,60 Several other mechanisms (eg, penetrating wounds from a migrating foreign body, genetic eosinophil dysregulation, FHV-1, food hypersensitivity) have been proposed to be involved in the pathogenesis of FGESF.55,56 FGESF carries a guarded prognosis if untreated; however, survival times may be good in some cats, with some possibly surviving for years if they receive appropriate treatment, which includes a combination of surgery, antibiotics, and immunomodulatory drugs.57

Eosinophilic leukemia has been reported in cats and may be difficult to distinguish from hypereosinophilic syndrome, as each condition may represent different patterns of a similar neoplastic process.7,8 Some subtle differences in bone marrow and hematologic assessment have been reported; for example, patients with eosinophilic leukemia have been reported to have a higher myeloid:erythroid ratio in bone marrow and a higher WBC count with increased immature eosinophils. However, absolute peripheral eosinophilia is often higher with hypereosinophilic syndrome, although both conditions are typically associated with severe eosinophilia (ie, 3500-130 000/μL).

Peripheral eosinophilia may also be associated with paraneoplastic syndrome.9 Paraneoplastic peripheral eosinophilia has been observed with mast cell tumors, intestinal T-cell lymphoma, acute leukemia, and transitional cell carcinoma of the bladder and likely involves production of factors including IL-5, IL-3, and granulocyte-macrophage colony-stimulating factor by these tumors.9,63-65

In human medicine, it has been suggested that eosinophils have important regulatory roles in homeostasis and immunity.66-68 With an increased understanding of basic eosinophil biology, improved targeted therapies in humans—and thus, potentially, in cats—toward eosinophilic diseases may be possible.68