Territorial Aggression in a Dog

Lore I. Haug, DVM, MS, DACVB, CABC, works in a private referral, behavior-only practice in Sugar Land, Texas, and is a past president of the American College of Veterinary Behaviorists. Dr. Haug earned her DVM from Texas A&M University and is certified through the International Association of Animal Behavior Consultants. She speaks routinely to veterinary groups and animal trainers across the country, is the author of numerous articles and book chapters, and is coauthor of Decoding Your Dog by the American College of Veterinary Behaviorists. 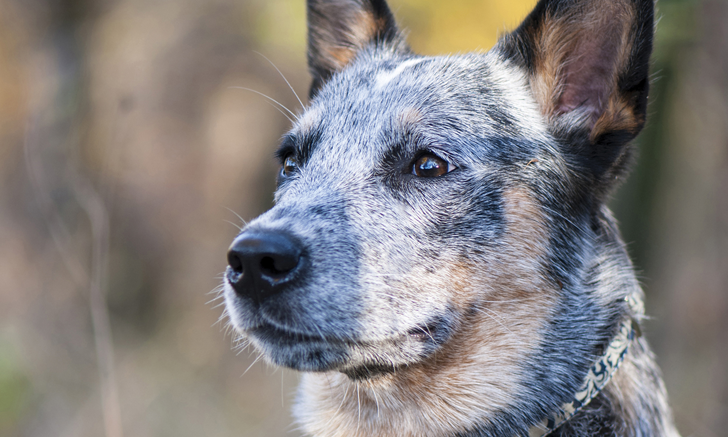 Ruger, a 2-year-old intact male Australian cattle dog, was presented after biting a man walking past the owner’s house. The bite tore through the man’s jeans and inflicted 2 shallow punctures and several scrapes along the back of the thigh. In the past, the dog has been sociable and friendly during regular visits to the clinic.

Ruger was acquired as a 10-week-old puppy from a local breeder. He attended puppy class at 16 weeks of age, where he barked at some of the other puppies but otherwise did well. At approximately 10 months of age, Ruger began barking and growling at humans walking past the house and at unfamiliar visitors who entered the house. These behaviors escalated over the next year.

The dog spent a lot of time alone in the backyard during the day. The yard backed up to a golf course and was enclosed by a 5-foot-high wrought iron fence. Ruger consistently ran along the fence barking and growling at humans, other dogs, or golf carts passing by. Six months before presentation, Ruger began barking at dogs and certain humans when he was out walking near the house. He did not bark at dogs or humans at the veterinary clinic or in the homes of friends or relatives. He attended pet daycare one to 4 times per month and regularly visited the dog park without incident. Medical history was unremarkable.

Ruger wagged his tail and solicited attention from the clinic staff during the visit. He readily took treats and responded well to his name and a verbal cue to sit. Physical examination was unremarkable.

Territorial aggression resulting from extended time outside and reinforced behavior

Some dog breeds—typically guarding breeds and herding breeds—appear to have a low threshold for developing excessive territorial aggression.1 This may be compounded by inadequate or inappropriate socialization, leading to a comorbid diagnosis of fear aggression. However, behavior—aggressive or otherwise—is always a reaction to some aspect of the dog’s environment, rather than an aspect of the dog itself. Genetics and perinatal experiences do affect the likelihood with which some behaviors develop, but appropriate environmental conditions must exist for the behavior to be expressed.

Testosterone can mediate offensiveness, competitiveness, and aggression in some contexts. However, many intact male dogs do not show behavior problems. In fact, a slowly growing body of research suggests that gonadectomized dogs may be at higher risk for expressing certain behavior (eg, anxiety, aggression) than intact dogs.2-4

Territorial behavior is not a result of dominance or pack hierarchy and is, actually, normal in dogs. Even extremely sociable dogs will generally bark to announce the arrival of someone onto the owner’s property. In domestic dogs, the territory generally encompasses the owner’s house and yard. Dogs may also defend the space in and around a vehicle or cage. Territorial behavior tends to be most intense directly along boundary lines. Unlike fear aggression, which often manifests at an early age, territorial and protective behaviors generally begin at around 8 to 10 months of age5 and escalate over the next 12 to 24 months, particularly if the dog’s environment is not carefully managed.

The primary concern in this case was the time Ruger spent outside unsupervised rehearsing aggressive territorial reactions. Every behavior serves a function for a dog; when the dog barks and chases someone or something along the fence and it leaves, the territorial behavior is reinforced. Barriers tend to escalate these reactions.

Many dogs have intense reactions at the front door. The level of arousal rehearsed there can lead to biting behavior, even in otherwise friendly dogs.

During Ruger’s bite episode, he performed the same behavior that he did every day but was able to reach the trigger by breaking through the fence. There is a higher risk for bite by an escaped dog that spends a lot of time patrolling the perimeter of the property, fence running, and barking at humans and other animals from the home.

The first treatment intervention included only allowing Ruger outside time while supervised and to avoid situations in which he practiced aggressive responses to humans or dogs. A program of basic obedience was also initiated; the owner was instructed to begin training an alternative response when Ruger saw humans on walks or when he was in the yard.