To assist in ranking differential diagnoses, clinical pathologists (CPs) report RBC morphologies on CBC reports. However, reporting lacks consistency because there are no standards. Clinician interpretation of reports may vary. 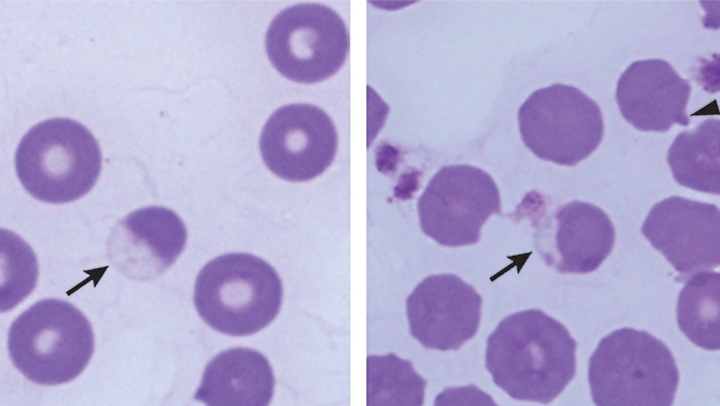 Blood film from a dog. This dog has a Heinz body (arrowheads) hemolytic anemia caused by eating fried onions. Ghost cells (arrows) are erythrocyte membranes that have lost their hemoglobin via hemolysis; their presence indicates that hemolysis occurred before blood film preparation (either intravascular or in vitro). The ghost cells shown here also contain red-staining Heinz bodies. Modified Wright’s stain,1000× 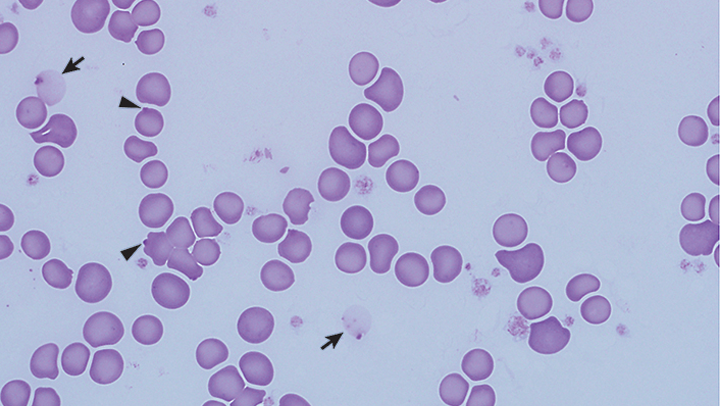 This study, via online surveys, examined the perceptions of CPs and clinicians with regard to the perceived value of reporting RBC morphologic abnormalities. Results from 1162 analyzable responses showed that some morphologies (eg, agglutination, spherocytes, polychromasia, Heinz bodies) were considered very useful to both clinicians and CPs. For other morphologies (eg, ghost cells, eccentrocytes), there was significant discordance between the groups: Most CPs deemed awareness of ghost cells or eccentrocytes very useful, whereas most clinicians disagreed. Of note, many clinicians admitted to being unfamiliar with the terms.

Explicating these discrepancies in clinical relevance, diagnostic expectations, and protocol standards will be an essential step toward better communication and improved patient care.

2. Call the laboratory, if necessary, to discuss the significance of the reported findings.

3. To receive complete information, provide a history and, ideally, the reason for submission.