Pruritus & Neuropathic Pain in a Dog

Paulo V. Steagall, DVM, MS, PhD, DACVAA, is an associate professor of veterinary anesthesiology and analgesia at University of Montreal in Montreal, Canada. He earned his DVM and completed an anesthesiology residency at São Paulo State University in Brazil, where he also earned his master’s degree and PhD with an emphasis in feline analgesia. Dr. Steagall is a member of the Journal of Feline Medicine and Surgery editorial board, the WSAVA Global Pain Council, and the WSAVA Dental Guidelines Committee. He is also the cochair of the WSAVA Therapeutic Guidelines group. Dr. Steagall has published more than 80 articles on pain management in small animals and coedited the book Feline Anesthesia and Pain Management. 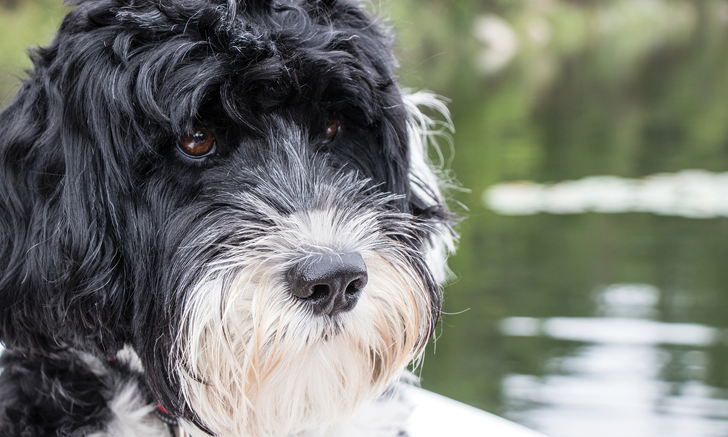 A 4-year-old, 55-lb (25-kg), neutered male Portuguese water dog was presented for a 1-year history of intractable pruritus and excessive licking of the lateral aspect of the 5th digit of the left pelvic limb. BCS was 5/9. The pruritus began concomitantly with the growth of an erythematous cutaneous mass localized between the 4th and 5th digit on the same paw, which was later diagnosed as an abscess. The patient received an injectable course of antibiotics and corticosteroids followed by 2 oral antibiotic and corticosteroid courses over a 5-month period. There was no treatment response, so surgical excision of the mass was performed.

After the surgery, pruritus became almost continuous (10/10 using a canine pruritus severity scale1) and persisted even after the wound had healed. A second surgical procedure was performed 3 months after the first surgery to debride the wound, and the skin over the 4th and 5th digits was fused. The patient continued to exhibit compulsive licking and biting of the pelvic limb postoperatively, so the owners were instructed to use an Elizabethan collar or a sock over the affected paw to prevent self-mutilation.

Because pruritus persisted, radiography and ultrasonography of the distal limb were performed; no abnormalities were present. Prednisone (0.5 mg/kg PO q24h) and diphenhydramine (2.2 mg/kg PO q8h) were administered, and the degree of pruritus decreased to 3/10. The patient was referred to a dermatologist, who administered amoxicillin–clavulanic acid for treatment of suspected pyoderma. Pruritus was diminished but not resolved (2/10). Localized biting and licking in absence of an obvious local underlying cause was suggestive of a neurologic etiology, and the dog was referred to a board-certified neurologist for further diagnostic investigation.

Physical examination was unremarkable except for a 4-cm area of alopecia over the distal and dorsolateral aspect of the left pelvic limb and compulsive licking induced by a light touch and pin prick over the sensory distribution of the tibial nerve from the tibiofemoral joint to the extremity of the limb. The patient’s responses to the light touch and pin prick were thought to represent allodynia and hyperalgesia, respectively. Neurologic examination revealed the following changes:

CBC and serum chemistry profile results were within normal limits. CT of the left pelvic limb and lumbosacral junction revealed a mild protrusion of the intervertebral disk at the lumbosacral junction, without evidence of compression of the cauda equina or L7 spinal root. Left iliac medial and popliteal lymphadenopathy were reported. MRI of the lumbosacral junction confirmed the protrusion at L7-S1 and showed another protrusive but apparently noncompressive disk at L6-L7. Bone remodeling of the cranial facet of S1 was noted protruding into the vertebral canal. Dynamic impingement could not be ruled out.

Concomitant allodynia and hyperalgesia localized over the area of the tibial nerve were suggestive of neuropathic pain.

In this case, spontaneous pruritus and excessive licking resulting in secondary abscess formation were thought to represent a sign of abnormal sensation in the affected limb (ie, dysesthesia). Neuropathic pain has no physiologic purpose and involves a lesion of the somatosensory system. Concomitant allodynia and hyperalgesia constitute a component of neuropathic pain. According to the International Association for the Study of Pain, allodynia refers to pain caused by a stimulus that does not normally provoke pain, whereas hyperalgesia corresponds to an increased sensitivity to noxious stimulation.2 Limb nerve entrapment and lumbosacral lesions have been described as potential causes for neuropathic pain in dogs.3,4 Diagnosis of neuropathic pain may be challenging due to the lack of validated tools for its assessment.

Transcutaneous electrical nerve stimulation—a technique used in physiotherapy to alleviate pain via inhibition of presynaptic transmission in the dorsal horn of the spinal cord and increased release of enkephalins, endorphins, and dynorphins—was used as an adjuvant therapy and as part of this patient’s multimodal analgesic approach. Transcutaneous electrical nerve stimulation has been used in humans with neuropathic pain as adjunct therapy.6,7

After 2 months of treatment, meloxicam was decreased to 0.1 mg/kg q48h and amantadine was decreased to approximately 1-2 mg/kg q48h for 2 weeks, when treatment with both drugs was discontinued. Gabapentin (5 mg/kg PO q8h) was used as maintenance therapy, as the dog was mostly comfortable and only occasionally exhibited shaking of the left pelvic limb. Follow-up consultations every 3 months were suggested.