Radford G. Davis, DVM, MPH, DACVPM, is an associate professor at Iowa State University. He earned his DVM from Colorado State University and his master’s degree in public health from University of Arizona. Dr. Davis works to improve global health through building and enhancing animal and public health programs in developing countries in sub-Saharan Africa. 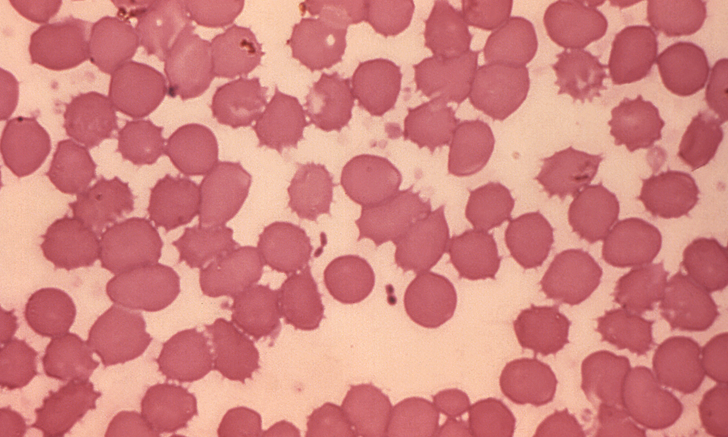 Plague is a flea-borne zoonotic disease caused by the bacterium Yersinia pestis, which has been found on all continents except Australia and Antarctica.1-4 Most human cases of plague occur in Africa, particularly the Democratic Republic of Congo and Madagascar, and Peru.1 At least 17 US states have documented Y pestis infection in mammals or fleas.3,5 Most human cases in the United States occur in the southwest region (eg, New Mexico, Arizona, Colorado), followed by the Pacific region (eg, California, Oregon, Nevada).3,6,7

Y pestis is maintained in a sylvatic enzootic cycle in rural and semirural areas, primarily through flea transmission among certain wild rodents that experience low mortality rates.3,8,9 More than 200 species of mammals are susceptible to infection by Y pestis; morbidity and mortality varies by species, among individuals in a population,3 and by geographic location.3,10 Several species are more susceptible to plague and readily experience die-offs. These are referred to as “amplifying hosts.” Prairie dogs (Cynomys spp) are highly susceptible, as are California ground squirrels (Spermophilus beecheyi) and rock squirrels (Spermophilus variegatus), both of which exhibit lower mortality rates than prairie dogs.3 More resistant species include California voles (Microtus californicus), although some variation in resistance has been documented.3,10 Susceptibility of Peromyscus mice varies by species.11,12 Large die-offs of chipmunks, wood rats, and various species of ground squirrels have been documented.3 In the sylvatic epizootic cycle, outbreaks occur in more susceptible rodent species with consequential higher mortality rates8,9; these epizootics carry a high risk for infection in dogs, cats, and humans, as fleas search for new hosts after the die-off of their original hosts. This can result in a geographic hotbed of plague that should be avoided.8,13,14 Urban outbreaks can occur when Y pestis spreads from wild rodents to rats living near human habitation.4

Cats and dogs can become infected with Y pestis through consumption of infected small mammals and via flea bites.13,15,16 Infection in humans occurs primarily from flea bites8 but can occur through consumption3,17 or handling of infected animal tissue or body fluids3,18-21; direct or indirect contact with infectious exudates22; inhalation of respiratory droplets from humans, cats, or dogs with pneumonic plague5,8,18,23-26; cat bites5,27 and scratches5,28; and dog bites.21 Cats are more susceptible to plague than are dogs and pose a greater public health risk to humans.29 From 1977 to 1998, 23 cases of cat-associated plague—some involving veterinary staff members—occurred in 8 US states.5 Increased risk to humans comes from close contact with cats and dogs (eg, sharing a bed)15,30,31 and from pets bringing plague-infected fleas into the home.8,21,31

The incubation period for Y pestis in cats has been estimated to be 1 to 4 days.38 Clinical signs include fever, anorexia, lethargy, lymphadenitis, and lymphadenopathy (buboes), with 75% of patients exhibiting submandibular lymphadenopathy.29,33 Lymph nodes may be abscessed or show evidence of hemorrhage or necrosis.33,35 Abscesses in many other areas of the body have also been reported.33 Signs of more advanced disease include vomiting, diarrhea, discharge from the mouth or nose, coughing, sneezing, ataxia, dehydration, weak pulse, cold extremities, pale or brick-red mucous membranes, prolonged capillary refill time, disseminated intravascular coagulation, dyspnea, pneumonia, and coma.16,33,34 Approximately 10% of feline cases are pneumonic.5,29,33 If left untreated, mortality rates can approach 41%.33

Clinicians who suspect plague in a patient should immediately notify state health officials, who can assist in facilitating diagnostic testing.16,22 Ideally, samples should be collected prior to antibiotic administration,35 but treatment should never be delayed while waiting for laboratory results. Y pestis may be identified microscopically by staining smears of peripheral blood, sputum, or lymph node material.22 Visualizing bipolar-staining, gram-negative bacteria (Figure) with a “safety pin” appearance can provide a quick presumptive diagnosis.22 Antemortem testing should include culture of whole blood, lymph node aspirates, swabs from draining lesions, and oropharyngeal swabs from patients with oral lesions or pneumonia.16,38 A slide smear of a lymph node aspirate can also be used for detecting the F1 antigen on Y pestis.38 Recent infection can be confirmed by serologic specimens collected 14 to 21 days apart that demonstrate a 4-fold rise in antibody titers.16,38 Postmortem specimens for testing should include liver, spleen, lungs, bone marrow, whole blood, and lymph nodes.22

Animals suspected of having plague should not be immediately released from the clinical setting, as they pose a risk to the owners, and instead should be placed in isolation and treated using strict infection prevention procedures.16,38 A rapid-acting flea control product should be applied to hospitalized animals to prevent fleas from circulating in the clinic and transmitting Y pestis to patients and staff. Contact with exudates, respiratory droplets, oral secretions, tissues, or fleas carries a risk for infection.22 When working with a plague patient, or before beginning necropsy on a suspected case, veterinary staff should use personal protective equipment, including a gown, gloves, an N95 respirator, and protective eyewear, and adhere to hygiene and disinfection protocols.5,16,22,38 Cats are considered noninfectious after 72 hours of antibiotic therapy and when showing clinical improvement,16,38 at which time personal protective equipment can be relaxed to standard precautions.16,38

Once alerted to a suspected case of plague by the clinician, health officials will conduct a home and environmental investigation, implement prevention measures at the source to prevent future cases, and work with pet owners and veterinary staff to ensure proper medical evaluation and antibiotic prophylaxis.16,22,38 Because of the risk for droplet exposure, any human within 6 feet of an infected dog or cat should be medically evaluated.5,21

Because of the disease’s rapid progression, treatment with antibiotics (eg, gentamicin [IM or SC22,38], doxycycline [PO], tetracycline [PO], chloramphenicol [PO]) should be initiated immediately, before a definitive diagnosis of plague has been obtained.16,38 Fluoroquinolones may also be effective against Y pestis, but supporting data are sparse to warrant their use over gentamicin.16,38 Oral antibiotics are only appropriate for less severe cases and as continued therapy after clinical improvement under parenteral gentamicin.22 Oral antibiotics can be administered once the clinical condition improves,19 usually within 72 hours.16 Patients should be treated with antibiotics for 10 to 21 days.38

To decrease the risk to pets and humans, flea control and prevention should be regularly applied and pets should be prevented from roaming or hunting outdoors.16,21,38 Brush, firewood, rock piles, clutter, garbage, and food sources (including pet food) around the home should be eliminated to reduce rodent infestation.18,22 Homes should also be made rodent-proof. Humans should avoid ill or dead animals, avoid feeding wildlife, and, when spending time outdoors, wear long pants and use insect repellent on skin and clothing.18,21

Cats and, less commonly, dogs with plague pose a serious public health concern. Clinicians living in enzootic areas may be the first to recognize plague and have the opportunity to intervene and prevent human infections.39 In addition to prompt recognition and treatment, robust application of infection prevention measures and early involvement of public health officials are vital in protecting human and animal life.