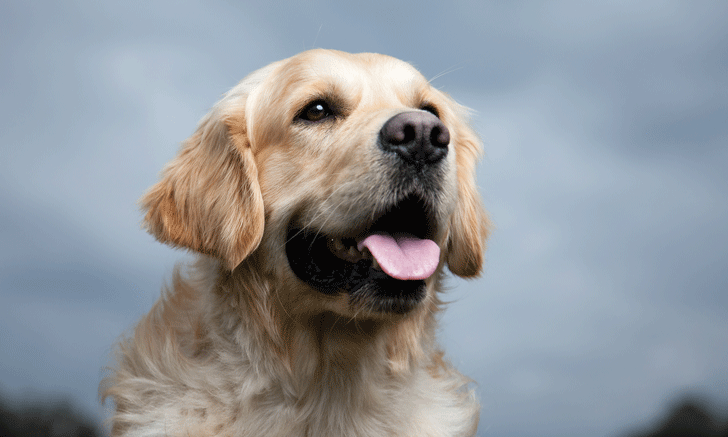 Sponsored by an educational grant from Zoetis Petcare
Updated May 2020

Canine skin allergies—and accompanying pruritus—are the leading cause of yearly pet insurance claims.1 However, treatment options for canine atopic dermatitis (AD) and associated pruritus are not always ideal. For example, the International Committee on Allergic Diseases of Animals considers antihistamines to be of little to no benefit in the treatment of acute flares of AD.2,3 In addition, studies have suggested that 10% to 81% of patients receiving glucocorticoids or cyclosporine may experience adverse effects.4 Thus, clinicians may look for other treatment options for patients with a chronic disease that can impact patient’s and pet owner’s quality of life.5

CYTOPOINT is a caninized monoclonal antibody that neutralizes interleukin31,6  a pruritus-inducing inflammatory cytokine.7 This therapy is safe and effective for dogs of all ages and sizes, those receiving a variety of concomitant medications, and those with comorbidiites.8-12 CYTOPOINT is labeled for administration every 4-8 weeks as needed.13 A blinded, placebo-controlled pivotal field trial of CYTOPOINT in dogs with AD showed it was effective in reducing initial client pruritus visual analog scale (PVAS) scores by 50% or more in 57% of patients at 28 days.10 In addition, 69% of study dogs were regarded as treatment successes (defined as a minimum 20 mm reduction in PVAS) at day 28.10

In a retrospective study, ≈90% (87.8%) of patients with a variety of allergic dermatoses (eg, AD, adverse food reaction [AFR], allergic disease of undetermined cause [ADUC]) receiving CYTOPOINT were regarded as treatment success (defined as ≥20 mm on a PVAS).11 Thus, CYTOPOINT has demonstrated efficacy not only in dogs with AD but also in dogs with other skin allergies, even when the specific cause of allergic dermatitis is uncertain.

During CYTOPOINT’s conditional licensing period, Zoetis determined that some dogs responded incompletely to a single injection but demonstrated additional improvement after a second or third injection. A clinical study was conducted by Zoetis to assess the effect of additional CYTOPOINT injections in dogs with an initial incomplete response. The study investigators were veterinary dermatologists and the population included client-owned dogs that had confirmed AD and, at the time of entry into the study, had a PVAS score ≥50 mm and were free of ectoparasitic, bacterial, and fungal dermatitis. Candidates could also have diagnostically confirmed but actively managed flea allergic dermatitis in addition to AD.

Dogs in the study were prohibited from receiving potentially confounding medications (eg, glucocorticoids, antihistamines, cyclosporine, other antiinflammatory or immunosuppressant drugs). Limited exceptions were made for dogs receiving long-term therapy indicated to prevent allergic flares or for the treatment of unrelated conditions (eg, carprofen, omega-3 fatty acids, allergen-specific immunotherapy) if the patient had been stable on that medication for a number of months dictated by therapy category (eg, 3 months for incidental illness, 6 weeks for hypoallergenic diet, 8 months for desensitization immunotherapy).

Dogs that had a PVAS of ≥50 mm on the first day of the study (day 0) or ≥36 mm at any subsequent visit received a CYTOPOINT injection and were asked to return 30 days later (±3 days for owner convenience) for a total of up to 4 total visits (days 0, 30, 60, and 90). At each visit, a clinician performed a physical examination and collected the pet owner’s completed PVAS assessment. The PVAS assessment is a validated, easy, and repeatable method for owners to determine the severity of pruritus in their dog. A score is assigned on a sliding scale from 0 (normal dog) to 100 (extremely severe itch), with 20 mm representing very mild/occasional itching, 40 mm mild/frequent itching, and 60 mm moderate/regular episodes of itching.14

Of note, although patients with a 36-mm PVAS were given a CYTOPOINT injection and returned for a repeat visit, a 20-mm reduction in PVAS from the original starting point was considered a treatment success based on initial CYTOPOINT pivotal efficacy studies and subsequent assessment studies.11,13

If only the 39 dogs that did not respond completely to the first injection are considered, 23/39 (59%) and 31/39 (79%) achieved treatment success after a second and third injection, respectively.

Of 147 dogs originally enrolled in the study, 37 were removed from the final study evaluation. No dogs were removed due to the need for rescue with prohibited medications; 21 were removed due to missing data points, 3 due to the owner relocating, 2 due to adverse effects (2 patients had development of masses at sites other than the injection site; in both instances, a cause and effect relationship was not suspected), and 11 due to lack of owner compliance.13

Of note, for the 8 dogs that never responded completely to treatment, the mean PVAS score decreased only slightly after the first injection (Figure). This may suggest that dogs that initially show at least some improvement in the first 2 weeks—as compared with those that show no change at all—may be more likely to respond to therapy.

This study demonstrated that some dogs need additional time and CYTOPOINT injections to achieve optimal treatment success. Twenty-eight percent of total dogs in this study benefitted from a second and sometimes third injection.

The average half-life of CYTOPOINT is 16 days. Although the reason for the increased number of dogs achieving treatment success with a second and third monthly injection of CYTOPOINT is unknown, it may be due in part to increased CYTOPOINT exposure resulting from accumulation of the mAb over the first 2 to 3 doses based on pharmacokinetic modeling.

This study did not seek to examine whether treatment beyond a third injection at monthly intervals or whether greater intervals between injections had any impact on degree or duration of effect. These may be appropriate questions for further inquiry.

In a previous retrospective clinical study, 87.8% of dogs with AD, AFR, both AD and AFR, or ADUC responded to a single injection.11 In the current study, the successful response rate to the first injection was only 65%. Differences in study results may be related to the retrospective nature of the previous study, differences in study populations, or in expected random variation.

CYTOPOINT provides effective itch relief to most patients within 28 days. However, most dogs with only a partial response to the first injection may go on to achieve treatment success with a second or third injection. Dogs receiving CYTOPOINT should have a progress examination after 30 days and receive additional injections if necessary to optimize treatment success.

CYTOPOINT is an impactful therapy. In my practice, we observed pruritus reduction in 87.8% (116/132 dogs) of dogs with allergic dermatitis after a single injection.11 The data presented here, obtained by 9 dermatologists treating 110 dogs with AD, provide even better news. Although most dogs achieved treatment success after a single injection of CYTOPOINT, some dogs required 2 or 3 injections to achieve full benefit. This information is essential for veterinarians and owners seeking long-term, steroidfree treatment for allergic dogs. I am pleased to know that by using this approach, more of my patients with chronic AD may ultimately receive relief from receiving CYTOPOINT in addition to adjunct topical, nutritional, and ectoparasiticidal therapy. Repeating injections if initial patient response is less than anticipated fits well with my recommendation for monthly assessment of patients until reliable maintenance therapy is achieved and in patient-specific flare seasons thereafter. As a clinician– scientist, I hope investigation of this information will contribute valuable knowledge of canine AD.— Jennifer Schissler, DVM, MS, DACVD, Colorado State University