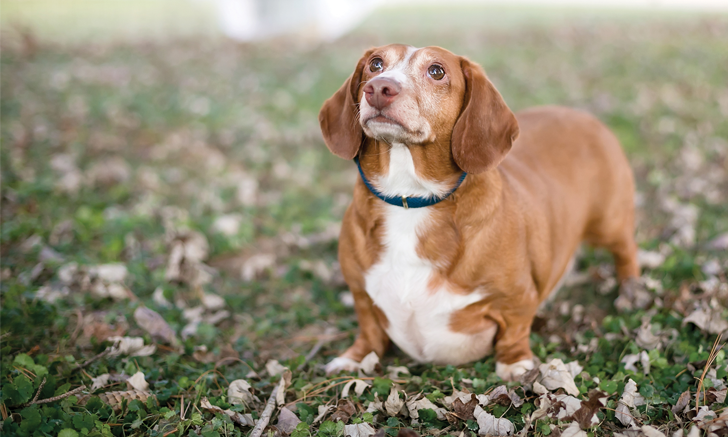 Bacteria has been observed in the urine sediment and isolated from appropriately collected urine in patients that do not show clinical signs (ie, subclinical bacteriuria*). Subclinical bacteriuria is a frequent occurrence in dogs and cats, and confirming its presence can alert the clinician to a predisposing condition that may require treatment.

*The term asymptomatic bacteriuria that is used in human medicine does not apply to veterinary patients, as clinicians cannot know the symptoms animals are experiencing; rather, they can only observe their clinical signs.

The clinical signs typically associated with acute bacterial UTIs (eg, hematuria, dysuria, pollakiuria, periuria, stranguria) occur when the host’s immune system responds to signals generated by bacterial attachment and invasion into the uroepithelium.1 When host defenses against bacterial invasion are replete, UTIs are typically caused by bacteria capable of expressing vital virulence factors—most notably the ability to attach to the urethral mucosa and invade tissue—that enable colonization and persistence in the urinary tract.1 In many local and systemic disease conditions, normal barriers to bacterial establishment in the urinary tract are diminished so that bacteria that either do not possess or present virulence factors normally required to establish an infection can colonize and persist.2,3 Although long-term persistent subclinical bacteriuria may have minimal detrimental effects on the urinary tract, it may serve as a sentinel for other metabolic and immunologic disorders (eg, diabetes mellitus, hyperadrenocorticism). Although many host defense mechanisms likely remain obscure, common causes or associations with subclinical bacteriuria have been identified (eg, aberrant genital conformation, systemic or concurrent disease of the urinary tract).4-11

Diagnostic efforts should be made to identify causes of diminished host defenses. In immunocompromised patients, or after identification and elimination of predisposing conditions that may be negatively impacting urinary tract host defenses, a course of antimicrobial therapy based on culture and antimicrobial susceptibility results is indicated if clinical signs of UTI are apparent.

Diagnosis of subclinical bacteriuria can be based on detection of bacteria in the urine sediment in the absence of clinical signs and can be confirmed via positive culture of an appropriately collected urine specimen. Isolation of bacteria is preferably done on urine collected by cystocentesis, but quantitative bacterial culture performed on urine collected via urethral catheterization or voided urine collected by clean catch can be considered positive if the bacterial count equals or exceeds 105 CFU/mL in dogs and 104 CFU/mL in cats.12,13 Bacterial counts lower than this may suggest contamination. Although bacteria can be readily detected in a wet mount urine sediment, Gram staining significantly improves accurate diagnosis of bacteriuria.14

Subclinical bacteriuria is typically associated with geriatric patients and comorbid conditions but can be encountered on routine screening.15,16

When a diminished host defense or a predisposing condition cannot be identified (or can be identified but not corrected), antimicrobial treatment of subclinical bacteriuria can result in colonization of the urinary tract by highly resistant bacteria but with no real benefit due to the lack of initial clinical signs.

Left untreated, subclinical bacteriuria may leave patients at potential (but unknown) risk for developing an ascending infection that can lead to pyelonephritis and resulting progression of chronic kidney disease and—in cases of infections with urease-producing bacteria (eg, Staphylococcus pseudintermedius, Proteus spp)—risk for developing struvite urolithiasis.17 Very alkaline urine may be caused by urease-producing bacteria, which should be treated to prevent formation of struvite uroliths. Clinical suggestion of pyelonephritis includes dilute urine and the intermittent presence of WBC casts in urine sediment; accordingly, lack of casts does not definitively rule out renal involvement. In addition, dilute urine can be caused by many other physiologic and pathophysiologic conditions. Radiographs and sonograms can reveal changes associated with chronic pyelonephritis, but such changes in normal architecture tend to be permanent and may not reflect a current infection.18 If a patient’s urine is concentrated, pyelonephritis is unlikely. Presence of WBC casts in a patient’s urine sediment confirms pyelonephritis.19,20

In patients with subclinical bacteriuria with a nonurease-producing isolate and no diagnostic evidence of renal involvement, antimicrobial treatment likely is not worthwhile and could be detrimental. Colonization of the urinary tract and associated microflora by multidrug-resistant bacteria may increase the risk for similarly resistant microflora infecting humans living in the same household.21-23

Because bacteria compete for required growth factors (eg, iron) and actively produce substances that inhibit growth of other strains (eg, aerobactin), the normal genital microflora serves as a barrier to colonization by uropathogenic bacteria.24 Studies in human paraplegic patients have indicated that purposeful inoculation and colonization of the lower urinary tract with genetically altered Escherichia coli lacking the P-fibrial virulence factor that facilitates renal pelvic colonization can act as a barrier to prevent colonization with more virulent strains.25

Although expression of P-fimbria by uropathogenic E coli appears to be irrelevant to the risk for renal involvement in dogs and cats, and although virulence factors that may enhance the likelihood of pyelonephritis have not been identified, recent studies in veterinary medicine have pursued the same concept.26,27 Thus, it is possible that spontaneous presence in the urinary tract of an avirulent strain of bacteria that does not involve the upper urinary tract could provide the same protection against invasion by virulent and/or highly resistant bacteria and therefore should be left untreated.

Alternative nonantimicrobial therapies that might preclude colonization with multidrug-resistant bacteria after repeated antimicrobial treatments have been sought. Early studies in humans have suggested that cranberry juice and cranberry juice extract reduce the frequency of recurrent UTIs in humans, but recent reports may negate these findings.28,29 Results from experimental studies involving use of cranberry extract to prevent UTI in dogs have been mixed, and, in a recent clinical report, cranberry extract failed to reduce the risk for bacteriuria in a small number of dogs with intervertebral disk disease.30-32

Methenamine, administered as a mandelic acid or hippuric acid salt, has been used in humans as a urinary antiseptic to prevent UTI recurrence. Efficient conversion of methenamine to formaldehyde, the main bactericidal component of the drug, requires urine pH to be at or below 5.5, a level difficult and likely even detrimental to sustain on a long-term basis in dogs and cats.33

In many instances, subclinical bacteriuria can and should remain untreated because infected animals do not show clinical signs, and repeated antimicrobial treatment to eliminate such infections can result in establishment of multidrug resistance. Further, colonization of the urinary tract by nonpathogenic bacteria may act as a barrier to infection by more virulent microorganisms. However, treatment is indicated in patients with evidence of upper urinary tract involvement, which could lead to renal damage with reduced renal function, and in patients with urease-producing infections that could lead to struvite urolithiasis if left untreated.