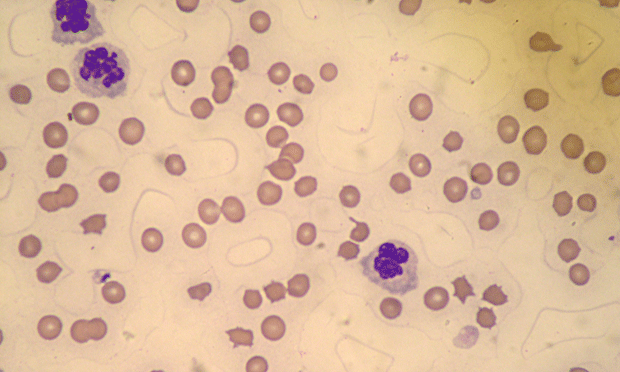 A 10-year-old, neutered male domestic shorthair cat presented to the veterinarian with a history of inappetence, weight loss, polyuria/polydipsia, and occasional vomiting. The signs had been worsening over the past 3 months.

Physical Examination. The cat was mildly to moderately dehydrated on presentation, had a thin body condition, pale-pink mucous membranes, and bilaterally small kidneys noted on abdominal palpation. The vital signs were within normal limits.

Laboratory Analysis. Blood was drawn for a CBC and serum biochemistry analysis. Urine was collected for urinalysis. Further diagnostics were planned, depending on the laboratory results. The samples were sent STAT. Results were available by the early afternoon.

Anemia can have detrimental consequences for the veterinary patient, mainly those of dyspnea, decreased activity, exercise intolerance, and lethargy, all of which lessen the quality of life for the animal. Anemia of chronic renal failure is addressed via blood transfusions and human recombinant erythropoietin therapy because the renal disease process is chronic and progressive and not reversible. Since we cannot reverse the disease, we try to minimize the clinical signs in hopes of improving the quality of life of the animal by minimizing the disease manifestations. However, these therapies are not without adverse effects and may be associated with transfusion reactions and the build-up of antibodies against erythropoietin, thereby leading to a worsened anemic state. Consultation with an internal medicine specialist is recommended regarding use of human recombinant erythropoietin.