Exotic Pet Ownership: Responsible or Not? 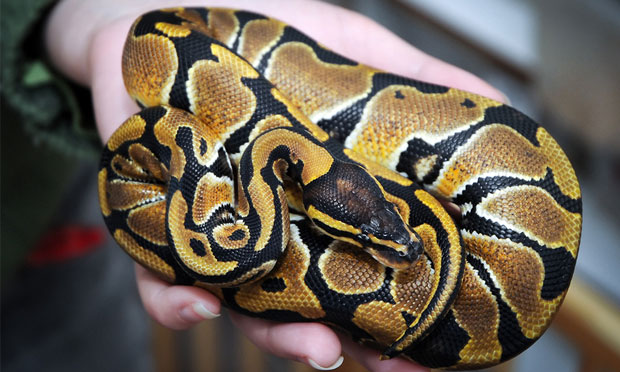 Responsible pet ownership includes providing a safe and secure environment for the duration of the animal’s life—for some exotic animals (eg, tortoises, parrots), this commitment may exceed 30 years. In addition, exotic pets often have demanding husbandry requirements that may change as the animals grow. This makes caring for some exotics quite challenging, and many owners may not be up to the challenge. Too often, exotic pets escape or are intentionally released when owners tire of their novelty.

In a risk assessment study of exotic reptiles in Florida, researchers found that manageability (eg, housing requirements, aggressiveness, potential for escape) was a significant factor in explaining the likelihood of a species becoming established in the wild.1 Moreover, there are instances of unscrupulous pet dealers purposely releasing exotics with the hope of establishing a breeding population from which they can later harvest animals to sell.2 Many escapees or released exotics may perish in the wild, but under suitable environmental conditions they may survive and establish breeding populations, potentially with dire environmental consequences.

For example, Burmese pythons, previously a popular snake in the pet trade, are well established in south Florida and negatively affect native ecosystems, primarily feeding on mammals and birds (including the federally listed and protected wood stork and Key Largo woodrat), and occasionally on American alligators. There is evidence that these large constrictors are responsible for the decline of native mammals (eg, raccoons, opossums, bobcats, white-tailed deer) in Everglades National Park.3

Also breeding in Florida are several large species of lizards: the Nile monitor, green iguana, spiny-tail iguana, and tegu. These threaten native plants and animals and may become a nuisance to humans. All were initially imported via the pet trade. In fact, Florida now supports more than 50 species of breeding, nonindigenous reptiles—the vast majority (>80%) of which derive from the exotic pet trade.4 Moreover, the pet trade is also the dominant invasion pathway for exotic reptiles globally.5

And it’s not just reptiles—exotic fish, mammals, amphibians, birds, and invertebrates in the pet trade have become problematic. Lionfish, a popular saltwater aquarium fish native to the Pacific, are now established along the Atlantic Seaboard, in the Caribbean, and in the Gulf of Mexico where they are voracious predators of native reef fishes. Cane toads, now established in Florida as a result of escaped animals destined for trade, can cause severe illness and mortality in pet dogs that attack the toxic anurans. Monk parakeets have established populations in several states (eg, Florida, Texas, Connecticut). They construct large nests of sticks, frequently building them on power poles, which lead to electrical short circuits especially when the sticks are wet.

The cost of controlling and managing invasive species in the U.S. exceeds $120 billion annually.6 Considering these costs and the environmental damage that has resulted from escapes and releases of exotic pets, it is incumbent on veterinarians to do their part in the fight. Taking a sincere interest in and becoming more educated about the issue is the first step; next is sharing this knowledge with clients. When given the opportunity, discourage clients from purchasing an exotic animal, or at least insist they do their homework to determine which exotic species falls within their caretaking abilities. Finally, offer advice to clients who have an exotic pet they are no longer able to keep. Releasing the animal into the wild is never a viable option—it’s illegal and unethical.

For more information for pet owners, print and share this informational brochure: Options for Unwanted Pets.

In Support of Exotic Animals in Captivity

The human-animal bond is a powerful, enriching force that extends to multiple species. Pet owners develop strong bonds with their parrots, sugar gliders, raptors, tortoises, or goats. Some exotic pets are true family members. In other situations, the owner has an intellectual interest in the physical and behavioral characteristics of a particular animal or may possess empathy towards the environmental situations of individual animals or a species, resulting in adoption. In addition, exotic pets may be the only connection some people have with the natural world in our modern, technology-focused society. These serious, dedicated owners are unfortunately marginalized or dismissed as eccentric by individuals who do not share their passions.

There is an increasingly strong legislative movement to restrict or ban the ownership of exotic species by private keepers. Most critics base their concerns on two factors: 1) a concern for human safety and 2) a concern for the environment. The vast majority of exotic pets are harmless, but certain animals (eg, lions, tigers, bears, great apes, venomous snakes) can be dangerous. However, there are techniques that allow dangerous animals to be housed and handled safely. In most cases, the danger and resulting legal bans are exaggerated and extrapolated to include related—but different—harmless species. For example, large pythons often are considered to be excessively dangerous; efforts to minimize danger to humans promote laws banning all pythons, including many small, harmless, and popular species such as the tiny, gentle ball python.

Incidents involving exotic species can seem commonplace on account of selective media coverage. It is important to remember that there are an astonishing 4.5 million dog bites annually in the U.S. (27,000 of which required reconstructive surgery in 2012) and more than 30 fatalities from dog attacks every year.1,2 In comparison, human deaths from exotic pets are rare, and typically have involved the owner or a family member and a lapse or disregard for standard safety measures for the species involved.

Environmental concerns over keeping exotic pets include the allegation that keeping them promotes poaching and smuggling of wild, rare animals. In fact, for wild species kept and bred in captivity, the supply of captive-born, tame, disease- and parasite-free babies lessens the demand for wild caught animals. For example, the crested gecko was an obscure species from New Caledonia, thought to be extinct by the early 1990s. The species was rediscovered on a small island in 1994 and several specimens were brought into captivity, where they thrived. Thanks to captive breeding in private collections, crested geckos have gone from one of the rarest vertebrates to a pet store entry-level species—one that often is a child’s first pet reptile. The demand for illegal collection of wild species may be diminished by the presence of established species in captivity.

Another environmental concern regarding exotic pets is their potential to become invasive upon escape or release. Ironically, the most injurious, non-native species to have established feral populations are domestic cats and hogs. These species can cause annual economic damage exceeding $17 billion and $800 million respectively,3 but these are rarely discussed publicly to the extent of exotic species.

Exotic pet ownership is a complex issue, but too often opinions are based on emotion and biased reporting. Non-domestic pets are an important part of the lives of millions of American and global citizens. Exotic pets should be regulated—not banned or forbidden. Regulatory guidelines should be established for housing, diet, hygiene, public health and nuisance concerns, and security. It is all too easy to create regulations that in effect are bans in disguise. With the burgeoning human population and widespread habitat destruction, many species will soon be extinct in the wild and captivity is their only hope for survival. Zoos simply do not have room to maintain and breed every species, and captivity in private hands may be the only hope for many species.

For an expanded discussion of the importance of keeping exotic animals, see The Invisible Ark: In Defense of Captivity. Barker DG, Barker TM—Boerne, Texas: VPO Library, 2014.

In Support of Exotic Animals in Captivity