Correct Use of Antimicrobial Therapy

J. Scott Weese, DVM, DVSc, DACVIM, is the editor in chief of Clinician’s Brief. He is also the chief of infection control at Ontario Veterinary College in Ontario, Canada, and a veterinary internist and microbiologist. Dr. Weese’s research interests are infectious and zoonotic disease, particularly of companion animals, as well as infection control, staphylococcal infections, Clostridium difficile infection, and antimicrobial therapy. He holds a Canada Research Chair in zoonotic disease. 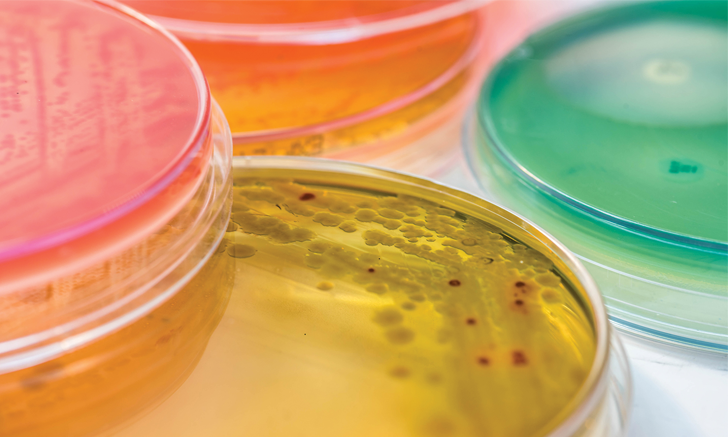 How can I make sure I am using antimicrobials appropriately and judiciously in my patients?

Focusing on the relative roles of veterinary and human antimicrobial misuse may be fruitless. As veterinarians, we can impact our own antimicrobial use (but not in human medicine), and that is where our efforts should be directed.

This article addresses key points veterinary professionals should consider regarding antimicrobial use and misuse.

Although submitting diagnostic specimens is not always possible (eg, cost restrictions, site not accessible for sampling), proper diagnostic specimens should be collected whenever possible. Benefits of testing and potential implications of failed empirical treatment should be clearly conveyed to clients to encourage consent for sample collection. Although empirical antimicrobial choices are often effective, culture results can help ensure that appropriate treatment is underway and will aid in proper assessment of treatment failures.

Poor diagnostic samples can be worse than no culture samples at all. Issues such as sampling from polymicrobial sites (eg, nasal cavity) and sampling when there is no evidence of disease (eg, screening urine samples from animals with no evidence of infection) can lead to improper decisions about antimicrobial use and drug choices (eg, treating when bacterial infection is unlikely, selecting an antimicrobial that does not target the real cause of disease).

Laboratory Testing Is Not Infallible

Bacteria are evolving; so must our thinking.

Some bacteria are also known to respond poorly in vivo to certain antimicrobials, regardless of in vitro susceptibility (eg, enterococci susceptibility to cephalosporins); thus, laboratories should automatically report certain “bug and drug” combinations as resistant or avoid reporting “bug and drug” combinations when clinical use of the antimicrobial is not indicated. It is important to have confidence in the laboratory; inquiring about the facility’s procedures, quality control, and use of standard guidelines (eg, Clinical and Laboratory Standards Institute) can be useful. Clinicians should ask about strange results (eg, methicillin susceptibility in a Staphylococcus spp that is resistant to most other antimicrobials) to determine if testing should be repeated, results ignored, or further information gathered.

Treat the Patient, Not the Test Result

Laboratory results are a tool, not a diagnosis. Results should be interpreted in the context of the patient’s disease and clinical progression. If a patient is responding well to empirical therapy but pretreatment culture results indicate resistance to the chosen drug, a drug change may not be indicated. The patient should be reassessed, but changing treatment based solely on a culture report in a patient responding clinically may be counterproductive.

It is also important to remember that not all microbes must be killed. Antimicrobial therapy does not need to be directed against every isolated pathogen. Multiple bacteria are sometimes isolated from a diagnostic sample, which may complicate selecting an appropriate drug or drug combination effective against all identified bacteria. However, true co-infections are less common than mixed-growth culture results. Before choosing a complicated combination or undesirable drug (eg, vancomycin and other drugs that are expensive, toxic, and used to treat serious infections in humans) to address all isolates reported, consider the infection site (ie, which bacteria usually cause disease there and which are often contaminants), the level of reported growth (with low levels more likely to be contaminants), and the nature of the bacteria. Some species (eg, coagulase-negative staphylococci, Bacillus spp, enterococci) are common contaminants of limited virulence that can sometimes be ignored, particularly when present along with more convincingly pathogenic species.

Do Not Prescribe by Rote

Commonly used treatments are usually appropriate for common conditions. However, veterinarians sometimes prescribe based on what they have historically done (which may be what their first employer had always done). It is important for veterinarians to periodically assess their approaches to different diseases.

Think About the Pathophysiology of Treatment Failure

Insanity has been defined as repeating the same process over and over but expecting different results. This principle also applies to antimicrobial therapy. When an antimicrobial that should be appropriate (based on culture and susceptibility results as well as infection site) is ineffective and there is no clear explanation for treatment failure (eg, poor owner compliance, inappropriate specimen), there is little reason to think another antimicrobial will be more effective. Use of successive waves of ineffective treatments because of failure to consider and identify an underlying problem constitutes an illogical and ineffective approach.

Change with the Times

Bacteria are evolving; so must our thinking. Approaches that worked even a few years ago may not work now. Methods once considered appropriate may now be considered suboptimal or even harmful. Although personal experience and the experience of others are important, clinicians must remain vigilant. The approach to treatment of infections is not static. Changes occur both because of necessity (eg, new antimicrobial-resistance problems) and opportunity (eg, new antimicrobials, new concurrent treatment options). If the bacteria change more effectively than we do, they are bound to win.

Related Article: The Mutant Prevention Concentration Concept: A New Way to Look at the Development of Antimicrobial Resistance

Remember that “Just in Case” Is Not a Label Indication

Empiric and prophylactic use of antimicrobials is often required. However, antimicrobials should be used only when there is a reasonable likelihood that a bacterial infection is present or at risk for developing. “Just in case” use is inappropriate and can contribute to antimicrobial resistance, adverse drug events, and scrutiny of veterinary antimicrobial use.

Antimicrobials are among the most important treatments in a veterinarian’s armamentarium. They treat and prevent an unquantifiable but undoubtedly massive burden of disease, yet they are not infallible. Ensuring proper use and avoiding misuse are critical to maintaining effective antimicrobial therapy for veterinary patients.