Jenna K. Rooks, DVM, MS, is a clinical lecturer at University of Florida, where she also earned her DVM. She is certified in shelter medicine, veterinary dental education, FEMA disaster response, and Fear Free handling. Dr. Rooks earned her MS in forensics from University of Florida, which lead her to work on cruelty cases and educate students on how to handle these cases in private practice. Her interests include dentistry, forensics, and preventive medicine.

Alex Gallagher, DVM, MS, DACVIM, is a clinical assistant professor of small animal medicine at University of Florida, where he also earned his DVM. He completed a rotating internship at the Virginia-Maryland College of Veterinary Medicine before spending 2 years in private practice. After an internal medicine internship, Dr. Gallagher completed a residency in small animal internal medicine at the Virginia-Maryland College of Veterinary Medicine and earned a Master’s degree in biomedical and veterinary sciences. His interests include gastroenterology, endocrinology, and image-guided interventions. 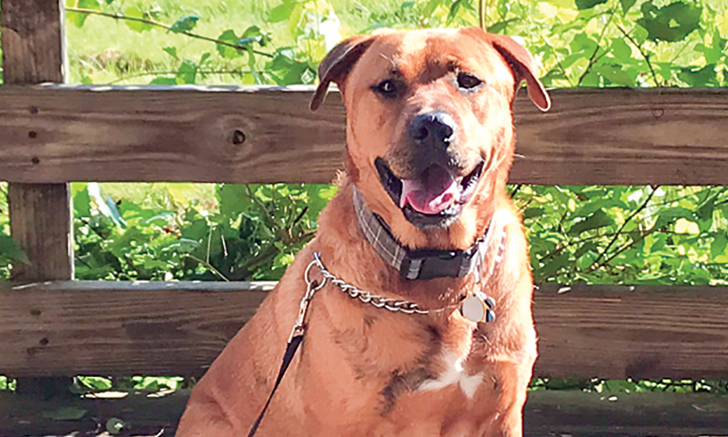 On physical examination, Cain was bright, alert, and responsive. Vital signs were within normal limits and BCS was 5/9. He had mild periodontal disease and decreased range of motion on bilateral hip extension. Remainder of the examination was unremarkable.

Abnormal values are indicated in italic.

CBC was repeated 16 days after presentation to confirm neutropenia before additional diagnostics were performed. Moderate neutropenia (0.92 K/µL) and mild thrombocytopenia were noted.4 Because the neutrophils were <1 K/µL, prophylactic antibiotic therapy was recommended to reduce the risk for sepsis pending further testing for definitive diagnosis and therapy.1,5-9 However, the pet owner chose to routinely monitor Cain’s temperature at home and have CBC rechecked on day 20, which revealed progressive neutropenia and a normal platelet count.

Cain’s owner had recently moved to wooded property; therefore, in-house tick-borne disease testing was repeated and showed a faint positive result for Ehrlichia spp antibodies. Because antibodies indicate exposure—not necessarily infection—a vector-borne disease PCR panel (including Anaplasma spp, Babesia spp, Bartonella spp, Ehrlichia spp, Mycoplasma spp, and Rickettsia spp) was submitted to a reference laboratory to determine whether an active infection was present. Pending these results, Cain was empirically treated with doxycycline (10 mg/kg PO every 24 hours for 30 days) for possible ehrlichiosis. In addition, due to the worsening neutropenia, enrofloxacin (10 mg/kg PO every 24 hours) was administered prophylactically to reduce the risk for sepsis.1,5-9 Enrofloxacin has a better gram-negative spectrum and is bacteriocidal, whereas doxycycline is bacteriostatic.

On day 31, results of the vector-borne PCR panel were positive for Mycoplasma haematoparvum and negative for Ehrlichia spp. Cain was not anemic; thus, the positive mycoplasmal PCR was suspected to be incidental, evidence of early infection, or a false-positive result. Given the negative PCR result and no clinical signs indicating ehrlichiosis (eg, fever, lethargy, petechiae, ecchymoses, lymphadenomegaly, splenomegaly), Ehrlichia spp was excluded as a cause for Cain’s leukopenia.10 A repeat CBC indicated worsening, severe neutropenia and recurrence of mild thrombocytopenia (Table). Additional diagnostic tests for causes of neutropenia were performed. Thoracic radiographs and abdominal ultrasound revealed no abnormalities. Because no causes were found for the neutropenia or thrombocytopenia, bone marrow sampling was recommended.1,2 Presence of a persistent cytopenia or multiple cytopenias increase the possibility of bone marrow disease.2 A bone marrow aspirate for cytology and a core biopsy sample were obtained with the patient under general anesthesia.

Bone marrow cytology was consistent with myeloid hyperplasia, with an increased number of immature neutrophils, indicating an appropriate response to the peripheral neutropenia. In addition, there were adequate to increased megakaryocytes consistent with an appropriate response to the intermittent peripheral thrombocytopenia. There was no evidence of inflammation, infection, or neoplasia. Based on these cytologic findings, the core biopsy was unlikely to yield additional information and was not submitted for histopathology.

Based on cytology results and negative findings for other causes, a diagnosis of immune-mediated neutropenia (IMN) was made. In humans, flow cytometry is used to detect antineutrophil antibodies and is considered the gold standard for diagnosis of IMN; however, this test is not as specific, sensitive, or readily available in veterinary medicine.2,3,11,12 IMN is an uncommon, usually idiopathic, primary condition diagnosed by exclusion of other causes of neutropenia.1,3,11 In dogs with persistent peripheral neutropenia due to IMN, the most common finding on bone marrow cytology is myeloid hyperplasia.2,3,11,12 However, some dogs may have hypoplasia, which indicates destruction of precursor cells in the bone marrow.11

Cain was treated with prednisone (1.5 mg/kg/day; 50 mg/m2) on day 35. CBC was rechecked on days 47 and 61, and resolution of neutropenia and thrombocytopenia was noted (Table). Enrofloxacin was discontinued on day 47, as the neutrophil count was >1 K/µL. Doxycycline was continued for the remainder of the month-long treatment of M haematoparvum, as significance of the positive PCR result was uncertain.

The most common treatment of IMN is immunosuppressive doses of glucocorticoids (eg, prednisone), in which a variety of dosages have been used, with the most common being 2 mg/kg PO every 24 hours.2,3,11,12 Due to the severe adverse effects of glucocorticoids seen in large-breed dogs, recent recommendations are to consider a dose based on body surface area (50 mg/m2 in dogs >55 lb [25 kg]), as was used in this case.13 In most cases, dogs respond to corticosteroid treatment within 7 to 10 days.2,3,11,12 Once the neutrophil count is normal, prednisone can be slowly tapered over 1 to 6 months.11 Some dogs may require additional immunosuppressive medications if they are not responding well to steroids or steroids are not tolerated well. Azathioprine (initial dosage, 2 mg/kg/day or 50 mg/m2) is also commonly used.2 Serum chemistry profile should be routinely monitored, as azathioprine can cause liver toxicosis. Some dogs may require long-term or lifelong therapy.

CBC was repeated after Cain had been receiving prednisone for 1 month (day 61) and showed a neutrophil count of 3.58 K/µL. Prednisone was slowly tapered over the next several months, with CBC checked 1 week after each dose change. Cain continued to be healthy and was no longer receiving prednisone at the time of publication.

Prognosis for remission is good and typically fast after prednisone is instituted.2,11,12 A study of 11 dogs showed rapid remission with prednisone and no relapse as corticosteroids were tapered.12 However, in a recent study of 35 dogs, 12 developed a relapse of neutropenia when prednisone treatment was tapered or discontinued.11 Additional long-term studies are needed for more accurate assessment of relapse and to determine the number of dogs needing lifelong immunosuppressant therapy.