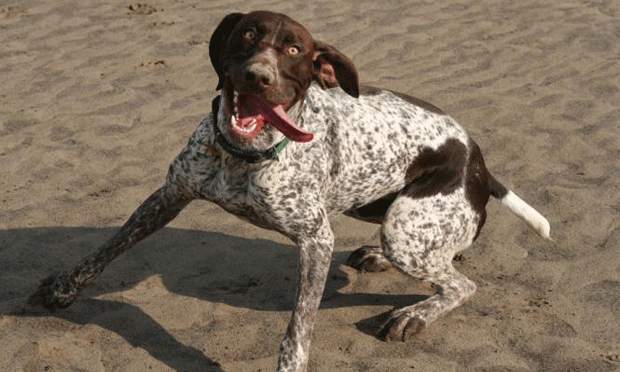 It seems that some of my older canine patients are showing a variety of unusual behaviors—are some of these dogs senile?

Thanks to advances in veterinary medicine, our canine companions are living longer and healthier lives. Increasingly, we are noticing that older dogs can suffer from a change in cognitive function that manifests as changes in their behavior. However, changes in behavior can also occur with medical problems.

Diagnostics
When an older dog is presented with changes in behavior, a good medical workup is necessary, including a serum biochemical profile, endocrine function evaluation, and urinalysis. In some cases, it may also be prudent to investigate possible sources of pain from dental disease and osteoarthritis, both of which are common in older dogs and can have profound effects on behavior. Finally, an evaluation of sensory changes, such as visual and hearing loss, should be included. Any abnormalities noted may require further diagnostic testing to determine an accurate diagnosis and treatment plan.

Behavior Issues
Once medical issues have been ruled out or treated, the focus can turn to behavioral issues. Common behavior problems in senior dogs include:


Cognitive Dysfunction Syndrome
Another cause of behavior problems in older dogs is cognitive dysfunction syndrome (CDS)—cognitive changes associated with aging in dogs. Neuropathologic lesions similar to those seen in people with dementia have been noted in the brains of older dogs and are perhaps associated with noticed cognitive changes. CDS most often manifests as decreased reaction to stimuli, confusion, disorientation, changes in interaction with owners, increased irritability, slowness in obeying commands, alterations in the sleep–wake cycle, decreased responsiveness to sensory input, and problems in performing such previously learned behaviors as house-training.1 These signs are often represented by the acronym DISHA (Disorientation, Interactions, Sleep, House soiling, Activity).

In a demographic study at University of California–Davis, researchers investigated the incidence of signs associated with CDS in dogs between the ages of 11 and 16 years.2 They found that 62% of dogs in this age group scored positively for 1 or more of the behavioral categories commonly associated with CDS. Furthermore, the older the dog, the greater the prevalence of signs—with nearly 100% of dogs 16 years of age or older showing at least 1 sign.

Diagnosis
Diagnosis of CDS can be challenging. To verify CDS, clinicians need to ask owners specific questions about behavior changes in their pets.3 Examples of pointed questions include:

Other signs may be volunteered by owners. CDS can occur concurrently with other behavior problems, most notably separation anxiety, noise phobias, and house soiling. The problems that often prompt owners to seek help are nighttime waking and house soiling.

Treatment
When treating dogs with CDS, clinicians should focus on 2 areas: First, an attempt should be made to normalize neurotransmitter levels (dopamine, serotonin, norepinephrine, and acetylcholine). Second, clinicians should attempt to slow progression of the disease.

Medications
Unfortunately, a limited number of drugs are available in the United States to use in dogs to normalize neurotransmitter levels or change the progression of the disease. In Europe, treatment with nicergoline improved behaviors associated with senility.4 Nicergoline has alpha-adrenergic effects that increase vasodilatation and cerebral circulation while stimulating metabolic activity of higher central nervous system centers.5

A recent entry into the market is a veterinary formulation of S-adenosyl methionine (SAMe), which is a precursor molecule for synthesis of glutathione and has been used in the past for liver support. This agent is gaining in popularity as an adjunctive therapy for cognitive decline
in dogs.5

Diet & Environmental Enrichment
Research has also documented the effectiveness of enhanced diet and environmental enrichment in slowing cognitive decline. The test diet included vitamins A, C, E, and other antioxidants, including beta carotene, selenium, flavonoids, and carotenoids from fruits and vegetables, which help inactivate free radicals. Home placebo-controlled trials of this diet have showed similar results with significant improvement in dogs on the test diet.6 This diet is now available as Hill’s Prescription Diet b/d (hillspet.com). Another diet (Purina ONE Vibrant Maturity 7+; purina.com) provides aging neurons with an alternative energy source from medium-chain triglycerides and has also been shown to significantly improve cognitive function in older pets.

Environmental enrichment, such as increasing the frequency and duration of walks outdoors and playtime, teaching new tasks and tricks, and introducing new and novel toys, has also shown to be useful. Any increase in mental stimulation is probably helpful in keeping older dogs alert and engaged in their surroundings.

Many changes take place both physically and behaviorally as a dog ages. By attending to the needs of senior pets, we can serve our clients well. Often, behavioral change is the first signalment of disease. With good veterinary care and attention to behavioral disorders, senior pets can live a long and comfortable life.