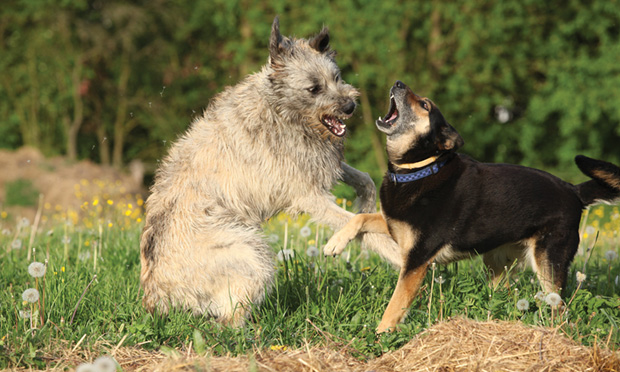 Study 1
Canine aggression can be a serious behavior problem, posing public health risks and causing otherwise healthy dogs to be surrendered to shelters or euthanized. Some breeds may be more susceptible to aggression than others; this study reported an increased prevalence of aggression in English cocker spaniels (ECSs) presenting to the behavior clinic at a large, urban veterinary teaching hospital. Low levels of serotonin are associated with aggression in many species; in particular, low serotonin is associated with impulsive aggression, a trait more common in ECSs. Nineteen ECSs and 20 dogs of other breeds diagnosed with aggression were included for study. All dogs were otherwise healthy as indicated by physical examination, CBC, chemistry panel, serum thyroxine, and thyroid stimulating hormone evaluation. No patients were undergoing pharmacologic treatment. Serum serotonin levels were measured on all dogs. Results showed a significantly lower mean serum serotonin level in ECSs (318.60 ng/mL) as compared with non-ECSs (852.77 ng/mL). Low serotonin levels could explain why ECSs are more likely to show impulsive aggression than other breeds. Further research is needed to understand the neurophysiology of low serotonin and impulsive aggression in ECSs.

Commentary
When a client asks me how to prevent a dog from becoming aggressive, I start with the basics: obtain the puppy from well balanced canine parents, teach social skills as a puppy, and retain these skills throughout life. The latter, if the dog was obtained at an early age, is the owner’s responsibility. The former, without ample heritage research and actually interacting with the parents, is a crapshoot. These studies presented the option of testing serotonin levels in dog breeds that have a low threshold for aggression. Armed with that information, an owner may have the tools to select a puppy from better breeding stock and, with an SSRI on hand, something to make behavior modification a little smoother if aggression already exists.—Sandra Sawchuk, DVM, MS