Julie Allen, BVMS, MS, MRCVS, DACVIM (SAIM), DACVP (Clinical), is a former clinical assistant professor of clinical pathology at Cornell University. She earned her veterinary degree from University of Glasgow and her MS from Iowa State University, where she completed a rotating internship in small animal medicine and surgery and a residency in small animal internal medicine. She also completed a residency in clinical pathology at North Carolina State University. Dr. Allen focuses on cachexia/anorexia, endocrinology, and hepatobiliary and pancreatic disease and has committed her career to improving the diagnosis of disease. 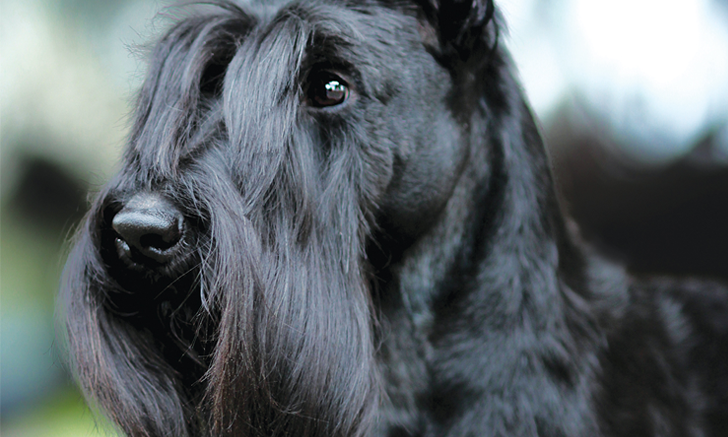 The serum chemistry profile is a primary component of the minimum database. However, test results should always be interpreted in relation to other patient findings including signalment, history, and physical examination findings.

Of particular importance is the patient’s breed, which should always be considered when interpreting results. Because breed-specific reference intervals are not established for every breed, it is important to be aware of parameters that may lie outside reference intervals but may be frequently encountered without obvious pathology in a particular breed. Conversely, it is also imperative to know when an abnormal laboratory result is of concern for a certain breed due to an associated disease predisposition.

Some studies have documented persistent, progressive increases in ALP levels in Scottish terriers1-3 resulting from increased synthesis and release from biliary epithelium, hepatocytes, or bone.4 Induction can be stimulated by cholestasis, certain drugs (eg, corticosteroids), and hormones, as well as increased osteoblastic activity. The corticosteroid-induced isoform is most often increased in this breed.1,3

Increased ALP levels typically occur in the absence of notable clinical signs, although some clinicians have suggested that some neutered male dogs develop prostatomegaly and some Scottish terriers may display polyuria/polydipsia. However, few of these dogs test positive for hyperadrenocorticism on routine screening (eg, low-dose dexamethasone suppression), whereas others have increased levels of sex steroid hormones (predominantly progesterone and androstenedione).1,3 In a study of dogs that tested positive for hyperadrenocorticism and were treated with trilostane, treatment was ineffective in all the dogs and in some cases even detrimental, possibly due to the increases in sex steroid hormones.2 Of note, clinically normal dogs should not be tested for hyperadrenocorticism.

A genetic defect similar to the 21-hydroxylase deficiency that causes adrenal hyperplasia in humans is suspected to be the cause of increased ALP levels in Scottish terriers.1,3 The disorder causes no clinical abnormalities in some dogs, whereas others gradually develop a degenerative vacuolar hepatopathy that occasionally progresses to hepatic insufficiency, sometimes with secondary portal hypertension.2 Increased hepatic copper levels may also occur, and some dogs develop hepatocellular carcinoma.2 As a result, increased ALP in Scottish terriers should not be dismissed as inconsequential and warrants continued monitoring and additional diagnostics (eg, abdominal ultrasonography, bile acids) as needed.

Yorkshire terriers anecdotally have a higher incidence of increased BUN as compared with other breeds. However, this abnormality is often associated with normal creatinine levels and adequately concentrated urine, suggesting a prerenal cause. Differential diagnoses for prerenal causes of increased BUN in dogs include dehydration, GI bleeding, consumption of a high-protein diet, and increased protein catabolism (eg, due to strenuous exercise or corticosteroids), but in a large percentage of Yorkshire terriers, these causes are excluded.5

Yorkshire terriers are predisposed to GI disease, including protein-losing enteropathies (eg, lymphangiectasia).6 Thus, it has been postulated that the increased BUN may result from subclinical GI bleeding, although these patients do not appear to develop signs of iron-deficiency anemia and anecdotally have no response to GI-protectant therapy. In addition, a recent study in Yorkshire terriers with protein-losing enteropathy identified low BUN among the clinical pathologic findings.6 To further confound the issue, this breed has an increased incidence of congenital liver disease and corresponding decreased BUN synthesis.7

However, a renal origin cannot be completely excluded, as some Yorkshire terriers have concurrent proteinuria and in one study, Yorkies accounted for 5.8% of biopsy-confirmed cases of immune mediated glomerulonephritis,8 perhaps supporting glomerulotubular imbalance (anecdotal). Consequently, a cause for the increase remains unclear and more research (eg, evaluating SDMA) is needed. In the interim, high-protein diets, GI bleeding, and renal dysfunction should be eliminated as potential causes of increased BUN. Anecdotally, the biochemical abnormality does not appear to have much impact clinically in Yorkshire terriers.

Greyhounds are considered an idiosyncratic breed due to several clinical pathology variables that often fall outside standard reference intervals.9 One of the best-described is increased creatinine levels (mean, 1.6 mg/dL vs 1.0 mg/dL).9 Creatine is synthesized in the liver from glycine and arginine, after which it is transported to muscle (skeletal and cardiac) and phosphorylated to phosphocreatine in a reaction catalyzed by creatine kinase. Phosphocreatine then acts as the major energy store for muscle by donating phosphate during episodes of decreased adenosine triphosphate (ATP). The residual creatine is then degraded to creatinine, which is excreted essentially unchanged from the kidneys.5

Various causes have been proposed for the increased creatinine levels in greyhounds, including decreased glomerular filtration rates, although this was not substantiated.9 Eating a high-meat diet (eg, one typically fed to racing dogs) has also been suggested as a factor; however, in one study, elevations persisted after dogs were retired and fed a more conventional diet.10 The increase has also been anecdotally attributed to higher body stores of phosphocreatine as a result of increased muscle mass, which could also account for the higher ALT levels seen in this breed.9 Consequently, mild increases in creatinine levels (up to 2.1 mg/dL) in clinically normal greyhounds may not require further diagnostic investigation.9 Mean SDMA level is also higher in greyhounds than in other dogs and has a different reference interval.11 However, this biomarker is believed to be unaffected by lean muscle mass, so further research into the exact cause of increased creatinine in this breed is warranted.

Labrador retrievers are predisposed to chronic hepatitis due to excessive copper accumulation12-14; idiopathic chronic hepatitis has also been noted. Labrador retrievers with this disorder may be subclinical or have signs that range from mild and nonspecific to indicators of severe liver disease, such as jaundice or ascites. The copper-associated form of the disease appears to have both genetic (ie, ATP7A and ATP7B gene mutations) and dietary (ie, increased levels in commercial dog food) causes.15,16 Liver biopsy with histopathology is required for definitive diagnosis (and ideally for monitoring). Mononuclear or mixed inflammatory infiltrates with hepatocyte necrosis and/or apoptosis and varying degrees of fibrosis are found on biopsy. Histochemical staining and quantification of hepatic copper levels are also essential.13

Alanine aminotransferase (ALT) is a moderately specific indicator of hepatocellular injury in dogs, and an increase in ALT levels is the most common clinicopathologic abnormality noted  in Labrador retrievers with chronic hepatitis.4,17 Although  ALT measurement is an acceptable predictor of histopathologic evidence of chronic hepatitis, its sensitivity is poor in the earlier stages of disease.17 As a result, it has been suggested that a different reference interval with a lower upper limit be considered for this at-risk breed. Circulating microRNAs and testing for ATP7A and ATP7B gene mutations for diagnosis and, in the case of microRNAs, monitoring the disease may also be valuable.15,18 Doberman pinschers, American and English cocker spaniels, West Highland white terriers, English springer spaniels, and Bedlington terriers are also predisposed to chronic hepatitis. Increased ALT in any of these breeds should not be overlooked. Persistent ALT increases should be evaluated further with bile acids and abdominal ultrasonography, although ultimately hepatic biopsy with histopathology and copper quantification is required for definitive diagnosis.

Hyperlipasemia has been noted in boxers. Lipase has several sources but is usually of pancreatic origin.4 Some assays (eg, the 1,2-o-dilauryl-rac-glycero-3-glutaric acid-[6'-methylresorufin] ester [DGGR] lipase assay) are considered to be more specific for the pancreatic isoenzyme than others.19 In general, lipase can be increased with pancreatitis, GI disease, exogenous steroids, decreased GFR (lipase is renally excreted), and, rarely, hepatic or pancreatic neoplasia.4 Boxers with hyperlipasemia are often clinically normal and have no GI signs or other manifestations (including laboratory abnormalities) consistent with pancreatitis (anecdotal). This has led to speculation that boxers may have higher values as a “normal” finding and may warrant a breed-specific reference interval.20 However, in a postmortem study, pancreatitis was reported with a higher incidence in boxers than in other breeds,21 although only 2 of the 200 cadavers examined were boxers. The breed disposition for this disorder was suggested again in a study in which 4 of 61 dogs with chronic pancreatitis were boxers.22 If boxers are predisposed to pancreatitis, it seems to be subclinical in most cases. An increased prevalence of chronic pancreatitis may eventually result in exocrine pancreatic insufficiency; however, another study found that boxers are in fact at lower risk for pancreatic insufficiency than are other breeds.23

Boxers are at extremely low risk for diabetes mellitus but at higher risk for insulinoma.24 The genetic reasons for these findings remain unknown, but an abstract several years ago noted that islet cells in boxers were larger than those in other breeds, suggesting higher β-cell mass due to increased islet regeneration and/or reduced apoptosis.25 The larger islet cells could explain this breed’s resistance to diabetes mellitus and predisposition to insulinoma. Perhaps the exocrine pancreas in boxers also has greater mass compared to other breeds, which may account for the hyperlipasemia. More research is needed into the pancreata of this breed, but it is possible that increased lipase levels may be less of a concern in boxers than in other breeds, particularly in the absence of clinical signs.

It is important to recognize that these abnormalities may represent underlying pathologic or, in some cases, subclinical disease processes, versus an expected or “normal” finding in a specific breed. These biochemical abnormalities also provide another rationale for serial monitoring of laboratory test results to assess persistence and/or progression.