Cutaneous mast cell tumors (MCTs) are common and diverse in clinical appearance and behavior and account for ≤20% of skin cancers in dogs.1 Predicting this seemingly unpredictable behavior is challenging.

Histopathologic grade and mitotic index are the most common factors used in predicting prognosis2-5; however, there are several shortcomings if these criteria are used alone. The 3-tier (ie, Patnaik) system is criticized for its subjective grading criteria.6,7 The 2-tier (ie, Kiupel) system uses more objective grading criteria,5 but studies evaluating this system have indicated several significant limitations.5

Considering the limitations of these grading systems, this study hypothesized that a subset of dogs with localized Kiupel high-grade cutaneous MCTs may have a better outcome than suggested by the original literature.2,5,8,9 In this retrospective study, the outcomes and prognostic factors for dogs with Kiupel high-grade cutaneous MCTs presented without overt metastasis were evaluated. All dogs received curative intent surgical excision of the MCTs, with or without chemotherapy.

A total of 49 dogs were evaluated. Some dogs were not completely staged, although lymph nodes were reported to be of clinically normal size in all dogs. Forty-five MCTs were histologically completely excised. Three of the 4 dogs with histologically incomplete margins underwent re-excision. Chemotherapy (with a variety of protocols) was recommended for all dogs, but only 33 dogs received this treatment.

This study suggests that the prognosis for dogs with clinical stage 1 (ie, no overt metastasis at time of initial diagnosis), Kiupel high-grade cutaneous MCTs receiving good local tumor control (ie, complete excision) is good, especially for those with low mitotic index and smaller tumor sizes. 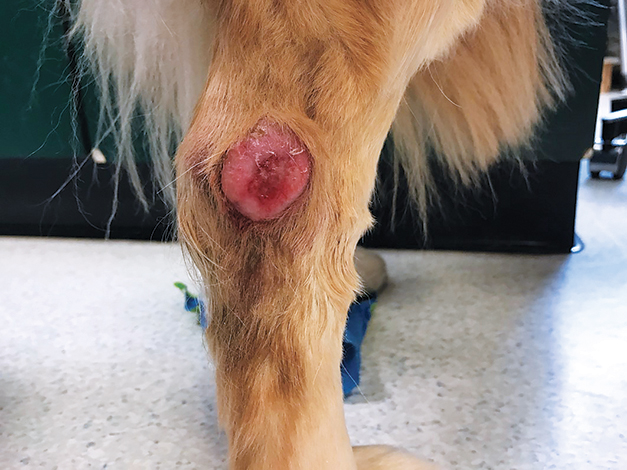 Grade alone should not be used to predict outcome in these patients; clinical stage and selected treatment also contribute to the outcome.