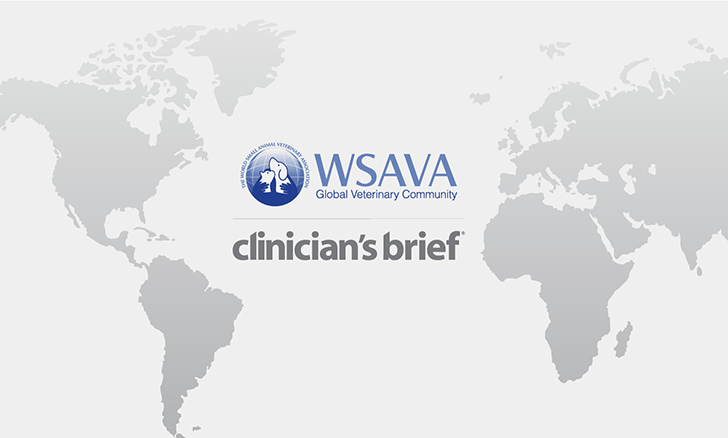 The WSAVA’s Hereditary Disease Committee was formed to offer small animal clinicians clinically relevant information on the diagnosis and management of hereditary diseases and genetic predispositions to disease in dogs and cats. Its key achievement is the creation of an online DNA database on hereditary diseases. Committee members also offer educational seminars to improve the genetic health of companion animals worldwide.

Where Are We Now?

Incredible progress has been made in understanding hereditary diseases, which have become recognized as a key clinical issue in small animal practice worldwide. Hereditary diseases are seen both in purebred animals and in mixed-breed dogs and domestic cats, but inbreeding practices certainly favor the more frequent occurrence of specific hereditary defects in specific breeds (eg, anemia caused by PK deficiency in West Highland white terriers and Abyssinian cats but also other breeds). Some are present at birth; others become evident as puppies and kittens grow, and yet others cause disease only in adult animals. Genetic defects can affect any organ system and include malformations, inborn errors of metabolism, and genetic predispositions to infections, immune diseases, drug reactions, cancer, and degenerative diseases.

We do not know the exact number of hereditary diseases affecting dogs and cats because some are poorly defined, and others are caused by different mutations in the same or different genes. Progressive retinal atrophy, for instance, is a very heterogeneous group of blinding disorders based on clinical onset, disease progression, and molecular defects. Similarly, epilepsy is expected to be caused by different gene defects, but little is currently known about the molecular basis. Overall, cats may be affected by a few hundred hereditary diseases and dogs by around 1000.

Most hereditary diseases are known to be inherited by an autosomal recessive trait. This means affected animals are homozygous for a specific gene mutation; an affected animal’s parents appear clinically unaffected but are carriers. Less common are those with an X-chromosomal or dominant mode of inheritance. Predispositions to disease are being recognized to frequently have a complex inheritance pattern: more than one mutation is responsible (polygenic), and disease expression is further influenced by the environment. Examples include hip and elbow dysplasia, cryptorchism, allergies, and cancer predispositions.

The completion of the canine and feline genome sequences and the development of sophisticated and affordable genetic laboratory tools have led to rapid progress in our understanding of health and disease at the molecular genetic level. More than 200 disease-causing mutations have been identified in dogs and ≈3 dozen mutations in cats. These are typically breed specific, but some are ancestral, causing disease in many different breeds. In general, DNA mutation tests for established diseases in specific breeds are the most accurate and precise diagnostic tests available in clinical practice.

Treatment for hereditary diseases and genetic predispositions is often limited clinically, but some diseases can be cured or well controlled. For instance, hereditary cobalamin malabsorption, seen in several canine breeds, can be treated with cobalamin injections every 2 to 4 weeks. Bleeding due to von Willebrand disease, hemophilia, and other coagulopathies can be treated with plasma transfusions. One type of cystinuria seen in many breeds can be cured in male dogs by neutering. However, many diseases can only be managed with supportive care and are still progressive.

This makes the key issue the genetic control of these hereditary diseases in future generations. Although it is simple to stop breeding affected animals and carriers, this can result in a further reduction in the narrow gene pool of a breed. It is important to remember that carriers with excellent breed characteristics can be safely used when DNA tests are available so long as they are bred to clear/normal animals and offspring considered in future breeding are tested.

For the practitioner, keeping up with the immense recent progress can be overwhelming. Thus, it is a daunting task to diagnose and manage patients with hereditary diseases in each breed. The WSAVA Hereditary Disease Committee helps by providing readily accessible and comprehensive resources in various forms on hereditary disease testing and management.

In 2012, we launched a web search tool and database, allowing clinicians to search for information on the DNA tests that exist for specific hereditary diseases, breeds, and the laboratories that test for them.

Clinicians should play a crucial role in guiding their clients regarding the diagnosis, management, and control of hereditary diseases. Objective measures as to the tests for wellness and disease screening of puppies and kittens need to be developed. Because the onset and severity of the disease, diagnostic tests, therapeutic options, and mode of inheritance vary, specific recommendations are needed. Sound recommendations are particularly challenging to formulate for complex disease traits. There is no animal completely free of any deleterious genes.

A number of national breed clubs and associations have implemented strict guidelines for breeding healthy animals. Informed, responsible breeding should be implemented for the welfare of animals. We welcome these developments and encourage clinicians to use these sources and specific guidelines in their region.

There has been an increase in laboratories offering DNA tests and other tests for genetic traits. DNA tests specific for a particular mutation are generally robust, but there are no accreditation processes in place to assure quality in each laboratory.

The move toward new affordable chip and other technologies will further change testing from single disease tests to panel testing.

Until now, it has been difficult to make a reliable assessment of the prevalence of diseases in a breed and region. Samples submitted to laboratories are biased and often driven by the discovery of affected and carrier animals. Furthermore, with a good test and follow-through, the disease and carrier prevalence may rapidly decline—for instance, copper toxicosis in Bedlington terriers. The frequency may also vary between countries based on popular sires used in breeding. Registries are good sources, but they are based on voluntary disclosures.

Until recently, DNA mutations could be patented, which restricted the availability of tests to licensed laboratories—and thereby also made them more expensive. However, as these are naturally occurring mutations and not innovations—and their discoveries are supported by federal funds—they can no longer be patented in the United States. DNA tests are becoming more readily available after peer-reviewed publication.

Mixed-breed and purebred DNA tests have been available for a few years. They are based on microchip technology and assess multiple alterations in the genome (SNPs—single nucleotide polymorphisms). This and other technologies have been recently applied to hereditary disease mutations. In fact, it is now possible and more affordable to screen for multiple diseases with one sample in one laboratory. Panel screening can make testing simpler, but interpreting the vast data is more complicated. No animal will be found to be perfect, particularly if its entire genome is sequenced and analyzed. It is also a concern that a certain disease-causing mutation in a breed may not clinically manifest the same way in another breed, as modifying genes may improve or worsen the condition as much as environmental influences.

It is a major task to collate and keep up-to-date the ever-growing resource of information on hereditary diseases and genetic predispositions. This is particularly challenging as molecular genetics is not (yet) the regular vocabulary of clinicians, therapeutic opportunities are limited, and genetic counseling is different for each disease and can be time consuming. Thus, education is important to improve the genetic health of animals.